Reports claim Mirallas unlikely to be retained by Olympiakos 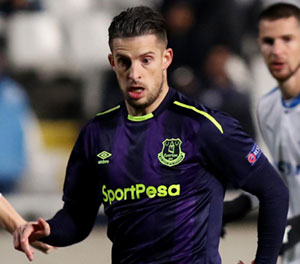 Kevin Mirallas could be on the move again this summer if a report in his native Belgium concerning his underwhelming form in Greece holds water.

The 30-year-old forward secured a January loan move back to Olympiakos, the club from which Everton signed him in 2012, but has struggled to replicate the performances that made him a star there.

Mirallas was greeted with a hero's welcome when he joined the Greek club in a temporary deal until the end of this season and the hope for all parties was that he would be offered a permanent transfer in May.

According to both the Liverpool Echo and Het Laatste Nieuwsblad (HLN), however, the disappointing form Mirallas exhibited with the Blues over the past couple of seasons has followed him to the Karaiskakis Stadium and his attempts to impress Olympiakos have not been helped by recent disruptions to the Greek league season.

A match between Olympiakos and PAOK Salonika was abandoned in February after the former's coach, Oscar Garcia, was pelted in the face by an object thrown from the stands.

Then, play in Greece was been suspended following an incident earlier this month after PAOK's owner, Ivan Savvidis marched onto the pitch to confront the referee armed with a gun during a match with AEK Athens.

HLN suggest, though, that Standard Liege could offer Mirallas a return to his home town in the summer if a deal can be reached with Everton where the Belgian international will still have two years left on his contract.