Everton have confirmed that they have hired Marcel Brands as the club's new director of football from PSV Eindhoven.

The 56-year-old Dutchman's arrival was announced by the club following the news that Sam Allardyce has been removed from his position as manager. He has signed a three-year contract after turning down improved terms in Eindhoven in favour a fresh challenge on Merseyside.

Brands, who formed a vital part of the team management setup at PSV that has overseen three Eredvisie titles in the last four years, replaces Steve Walsh who will be leaving the club after nearly two years rather than accept a chief scout role.

It represents a successful pursuit of the Dutchman by Farhad Moshiri who first identified Brands as a target when he was looking to appoint Everton's first director of football two years ago.

"At that moment I had already given my word to PSV and I did not want to leave," Brands said of the Toffees' first approach in 2016. This time, having helped deliver another Dutch title, he felt the time was right.

"The Premier League is of course a great thing," Brands said on PSV's official website. It is the biggest competition in the world in all respects. I now get the chance to do something in my own way. I am really looking forward to that."

Moshiri welcomed Brands to Everton and expressed his pleasure at having landed a long-time target.

“Marcel's record of achievement has cemented his reputation across Europe and I am extremely pleased that we will be bringing his drive, energy and expertise to Everton," he said on the official site.

“It was clear to me in our conversations that he shares in the vision we have for the Club and he has much to contribute in making us better and more equipped to challenge the top teams in the Premier League.”

Born in 's-Hertogenbosch in the Netherlands, Brands had a largely unremarkable career as a player, spending the bulk of it at RKC Waalwijk while also spending two seasons with Feyenoord.

It was as a sporting and technical director that he really made his name in Dutch football, however, first at Waalwijk and then at AZ Alkmaar where he worked under future Holland and Manchester United boss, Louis van Gaal.

In five years there, he helped transform the fortunes of the club as AZ won the Eredivisie in 2009, breaking the dominance of the traditional "big three" of Ajax, PSV and Feyenoord, and reach the last eight of the Europa League.

He joined PSV as their technical director in 2010 and has developed what observers describe as an immense reputation for spotting playing talent and working the transfer market.

"It is a privilege to be joining Everton as Director of Football and I am incredibly excited to take on this challenge,” Brands said on evertonfc.com.

“The fantastic passion of the fans for their Club, the magnificent history of the Club over the years and the ambition and purpose we have as people tasked with driving the Club forward all mean that we need to be competing for honours against the Premier League elite.

“It is no straightforward challenge but this must be our motivation each and every day.

“It is only a challenge such as this which could have persuaded me to leave PSV where I am indebted to the many people whose collective effort led to some great achievements.

“Now we will look to build something really strong and lasting here at Everton.” 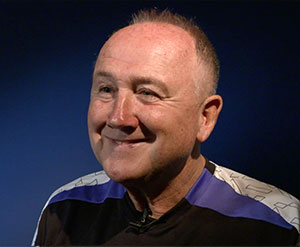 First approached by Everton two summers ago when Walsh was eventually brought on board to become the Blues' first director of football, Brands now replaces the former Leicester City scout to embark on what could become a career-defining project if he succeeds.

“I'm very much looking forward to working closely with Marcel whose experience in the areas of player recruitment and development pathways for young players has forged an outstanding reputation in European football. I know that Marcel will bring an unsurpassed level of quality and prowess to his work at Everton.

“Chief among my priorities is to structure and resource our club to enable us to fully achieve our ambitions. We will work alongside Marcel on the recruitment of a new manager, which is now our biggest focus.”

“On behalf of the Board and Mr Moshiri, I'd like to express our thanks to Steve Walsh, our first ever Director of Football, who has now left the club. We all wish Steve well for his future.”