Everton's Official Membership scheme has been relaunched — giving fans the chance to enjoy a wide range of benefits throughout the 2019-20 season.

Following consultation with fans, the Club has introduced a number of new benefits to the 2019-20 Official Membership packages, including 10 per cent discount on Everton merchandise in official Club stores and online, and 20 per cent discount on Goodison Park stadium tours (Adults and International Members only).

With huge demand to watch Marco Silva's team in action at Goodison for the new campaign, Official Members will also get priority ticket access to all home Premier League and cup games throughout 2019-20. Joining the Official Membership scheme gives Evertonians the chance to purchase match tickets at least three days before they go on general sale. 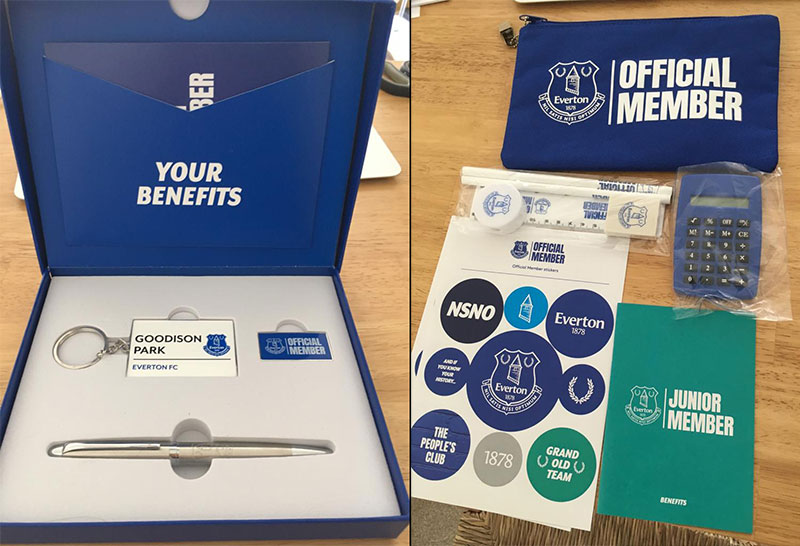 Away from Goodison, there are plenty of other Membership benefits, including access to exclusive content housed on the Members section of evertonfc.com. This includes live streams of the first team's pre-season fixtures and selected Under-23s matches, as well as interviews with current and former players, and behind-the-scenes videos from USM Finch Farm. Members will also get the chance to take part in live web chats with Everton's first-team stars and receive invitations to member-only events.

Being a member also improves chances of securing a Season Ticket in future seasons as priority will be given to members on the waiting list.

Official Members can also take advantage of auto-renewal from the 2020-21 season, meaning fans can remain as Members — and continue to receive all the benefits - without the hassle of having to renew each summer.

Infant Official Membership for Toffees aged three and under.

Juniors for four to 11-year-olds.

Official Memberships are now on sale.

Prices have been frozen in all categories so Adult and International Memberships will remain at £30 each, with Teens at £15, Juniors at £10 and Infants costing just £5 for the whole season.