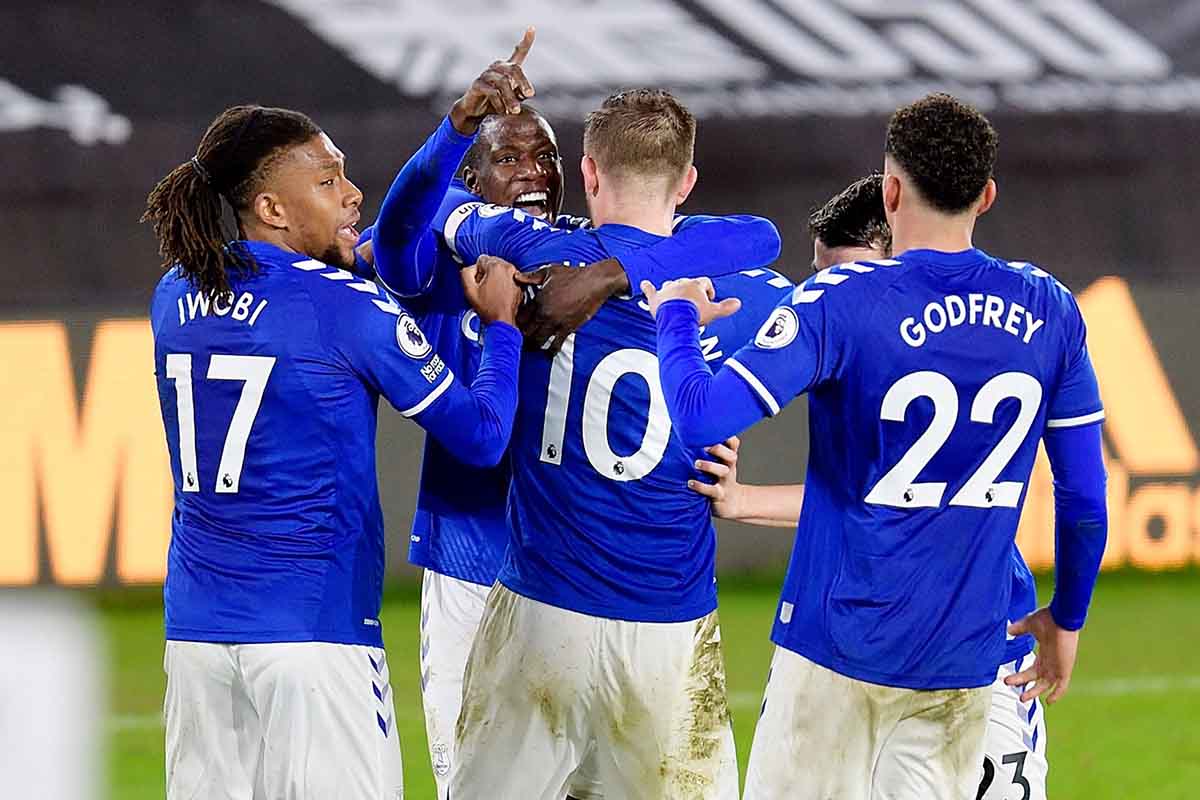 Everton produced the moment of quality they needed to edge their way past struggling Sheffield United and win their fourth Premier League match in a row thanks to Gylfi Sigurdsson's strike 10 minutes from time.

Carlo Ancelotti's injury-hit side had toiled in ugly conditions in South Yorkshire but looked destined to be frustrated in their hopes of moving into second place in the table until substitute Bernard helped create the opening for Sigurdsson to fire home the only goal of the game.

Richarlison was left out in line with the League's concussion protocol, joining James Rodriguez, Lucas Digne and Allan as absentees from Ancelotti's first-choice XI while skipper Seamus Coleman was named among the substitutes despite making his comeback from an injury of his own in the cup defeat to Manchester United on Wednesday.

And that missing creativity was painfully evident during a first half lacking in inspiration and goalscoring opportunities for either team. The Blades thought they were in for a clear-cut opening in the 16th minute as they counter-attacked and Ben Godfrey had to clear off his own goal line but David McGoldrick would have been declared offside had his effort gone in.

Alex Iwobi had a couple of really promising runs at the home defence, one of which worked Aaron Ramsdale in Sheffield's goal for the first time and Godfrey had a shot that hit his own man in Yerry Mina when the keeper fumbled a free-kick but Everton's best moment came from Dominic Calvert-Lewin.

The striker pulled a long pass out of the air with his chest and aimed a volley towards the far corner but just missed the far post with what would have been a quite brilliant piece of individual skill.

Sigurdsson curled an effort narrowly wide and Oliver Burke flashed an effort across goal on the stroke of half-time but the two sides would go into the half-time interval all square.

Everton's lack of coherent build-up play continued into the second period but began to improve once Bernard was introduced in the 55th minute for teenager Anthony Gordon, who had had a hard time getting into the match, and Coleman came on for Michael Keane 10 minutes later.

It didn't translate into clear-cut chances until Bernard knocked a headed half-clearance square to Abdoulaye Doucouré, the Frenchman laid it on again to Sigurdsson and he drilled it into the far corner to finally break the deadlock.

Chris Wilder's side pushed in vain for an equaliser over the remaining 10 minutes plus an additional five added for stoppages but the closest they came was a wayward John Egan cross that Jordan Pickford had to bat over his crossbar and a very late corner that substitute Ollie McBurnie only got a glancing touch on as he flew across goal.

With Everton's rivals for the top four behind leaders Liverpool all dropping points, the win means that the Toffees rise back to second place in the Premier League but now have to negotiate a resurgent Manchester City in less than 48 hours' time.