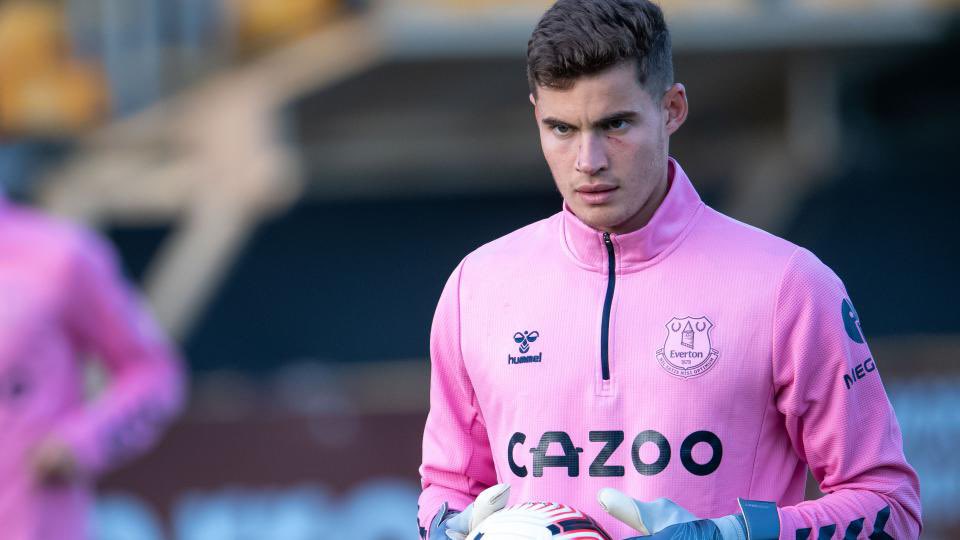 Florida-born Nico Hansen joined Everton's academy after moving over the Pond from the United States in 2017 having represented his country from under-14 to under-16 level.

However, he did not feature in many U18 games for the Blues as competition for the goalkeeper's jersey was rife at the time, with Harry Tyrer being first choice.

Nico did enough in his time on scholarship with the young Blues to secure a two-year professional contract in July 2019, with three 'keepers ahead of him –  Joe Hilton, Chris Renshaw, and Mateusz Hewelt – all leaving the club as he moved up from the U18s.

But he would come a solid second behind Harry Tyrer in the competition for starting places in David Unsworth's Under-23s team, spending most of the season sitting on the bench. He didn't fare much better in the next season, playing in only 3 Premier League 2 games, before his contract expired at the end of June 2021 whereupon he joined Premier League-chasing Swansea City.