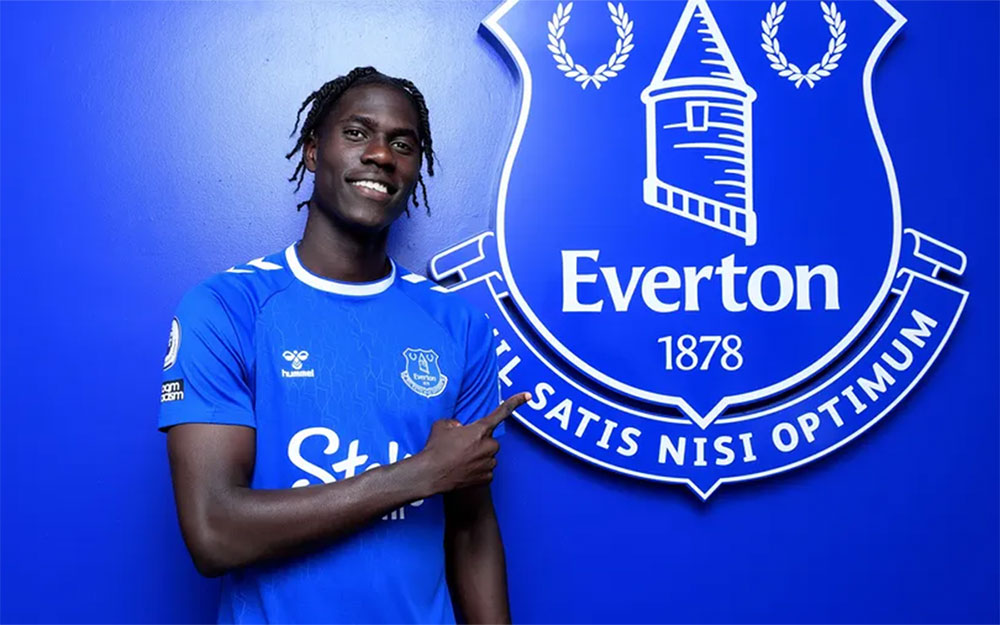 Everton officially unveiled Amadou Onana as the club's latest and biggest signing of the 2022 summer transfer window a week before the midfielder's 21st birthday as he completed a move from LOSC Lille that has the potential to be worth a little over £36m if all appearance-related add-ons are triggered.

The 20-year-old put pen to paper on a five-year contract in time to take a seat in the stands during the Blues' opening day loss to Chelsea in early August and was announced by the club two days later once all the paperwork had been finalised.

Though the Toffees had had a strong interest in Onana over the summer, he seemed destined for West Ham just a few days prior after the Hammers agreed a €33m fee for the newly-minted Belgian international. However, Everton stepped in with a similar offer and, according to reports and sources close to the discussions, better personal terms than David Moyes was prepared to offer for a player who only made 11 senior starts in Ligue 1 for Lille the previous season  (although he did play eight times in the Champions League).

Everton were able to sort out a deal with Lille that is said to have involved a down payment of less than £10m, allowing the club to sign a player whose total value looked beyond their scope this summer due to the Premier League's profitability and sustainability rules.

Blues boss Frank Lampard and Director of Football Kevin Thelwell had identified Onana as fitting a very specific profile of player and the club were prepared to back that judgement by meeting the Dakar-born man's terms.

It has the makings of a savvy signing for a player who is naturally both-footed and whose relative youth but significant room for growth should, at the very least, preserve his transfer value.

Though billed as a holding midfielder, Onana describes himself more as a “box-to-box” man and his youth and rangy frame would certainly lend itself to that kind of role in the Premier League.

Sources who know Onana well spoke in glowing terms of the young Belgian international to Sky Sports correspondent, Alan Myers, with one declaring him, “potentially the best young midfielder in European Football at this point; an old-fashion leader” and that he possesses a personality that is “very rare to find”.

Other remarks made favourable comparisons with a successful Belgian import from Everton's past:

“He has incredible potential, with a Marouane Fellaini physicality. Very imposing and good at many things but he needs to find the right place to become a specialist to one role.

“His winning character and leadership at just 20 is unique, He has a huge future both at club level and internationally, a French coach told me he has a big chance to be in the Belgium senior squad for Qatar World Cup if he plays well in the Premier League between now and November."

Onana himself seemed genuinly happy to be at Everton in what is his biggest move so far, having started his career at Hamburg after joining them from Hoffenheim's youth setup before signing for Lille in 2021.

“I think I can play every position in centre midfield, whether that’s as a holding midfielder or a box-to-box as a No 8," Onana told evertonfc.com. "That said, wherever the manager needs me, I will play there.

“I chose the No 8 shirt because I am a big fan of Kobe Bryant. His work ethic and the way he has inspired me so I’m happy to have that number at Everton.

“The Everton fans are amazing," he continued. "I saw their support last season and it’s also one of the reasons why I chose Everton. I am looking forward to meeting them at Goodison and, just hearing about the atmosphere, I get goosebumps.

“I’m just excited to be on the pitch and show what I can do and help the team as much as I can.”