Martinez says no to defensive signings – is this a mistake?

Everton have been playing some exciting football all season, but the team arent getting the results needed as consistently as they should. Poor defending is letting the team down but Roberto Martinez has said he will not dip into the transfer market this winter, but is this a big mistake? 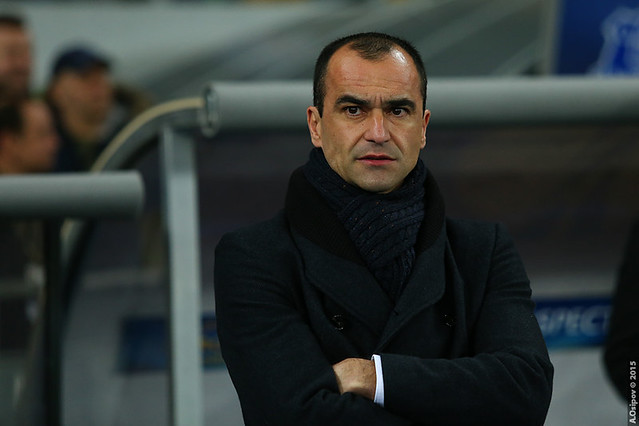 Everton have been playing some seriously exciting football all season, but the team aren't getting the results needed as consistently as they should. They have the attacking prowess to do the job at the other end of the pitch, but the poor defending is letting the team down and preventing them from getting the results they need. Manager Roberto Martinez has said he will not dip into the transfer market this winter, but is this a big mistake?

Maybe it was down to the busy festive fixture list, but the Toffees threw away a lead and went on to lose their match against Stoke City in a game they really should have won. Everton were the favourites to win that match and, with the way things are going, pundits are finding it hard to predict the outcome of their games.

Since then, a win over Manchester City in the first leg of the League Cup, and an easy victory over Dagenham and Redbridge in the FA Cup has led some to believe that Martinez may have finally struck the right formula. But with cup games it is very hard to tell and the team will have to emulate this success over the next few weeks in the Premier League if Martinez is to prove that he is right not to look for defensive back up.

It is clear that the main problem this season has been the lack of strength in defence, and many believe it would be foolish if Martinez doesn't dip into the transfer market for cover. The return of Phil Jagielka will obviously help, but it would be good to have reinforcements, especially if clubs try and poach John Stones once again. The team who were once renowned for their solidity at the back now have one of the leakiest defences in the league, having managed a mere five clean sheets all season up to this point.


The Everton boss has already said that "he won't look for defensive cover in the January transfer window" because he believes they have a big enough squad to cope, but some fans may not be happy with this statement and will be hoping that he changes his stance.

As the team prepares to face tougher opponents once again, it will be a real test of their mettle. Indeed, as you can see if you click here for Vegas Casino, odds of 4/1 at the time of writing to win the upcoming game against Chelsea reflect the difficult challenges facing Everton. But it could spur them on to raise their game further. Romelu Lukaku is well on track to winning the golden boot, and if he can keep up this form it is key to Everton winning games – especially against his former club, Chelsea.

Fans will be happy with the attractive football that the team have been playing, but will feel they are not in the position they should be in and are clearly underachieving.

It will be interesting to see how the rest of the season plays out for the Toffees, and if they can translate this brand of fast-paced football into a succession of winning results the table will look a lot differently by the end of the campaign.

The manager may be right in saying Everton don't need to sign any new players, but only time will tell if that is true of the defence.