Leighton Baines and Jonjoe Kenny were the special guests as Goodison Park hosted the prestigious Premier League Schools Tournament for the very first time on Tuesday.

The annual event, which was established in 2006, provides a platform to promote the Premier League School Sport programme, which is supported by each of the 20 top-flight clubs throughout the year.

Each Premier League club holds a tournament for schools in their area for an Under-11s mixed category and Under-13s girls, with winners progressing to the National Finals.

Left-back Baines said: “I remember being this age and trying to get to Goodison with my local team, Kirkby Boys. I was chatting to a few of kids and they really enjoyed the day - I'm sure they'll always remember it.

“It's been a long road for some of the kids, but to actually get the chance to play at a great stadium like Goodison is a great day for them.

“There was some fantastic talent on display as well, which made the day even better.”

Everton's Under-13 Girl representatives from Greenbank High School did superbly to finish runners-up in the competition, losing out only to Sunderland's St Bede's Catholic High School in the final. 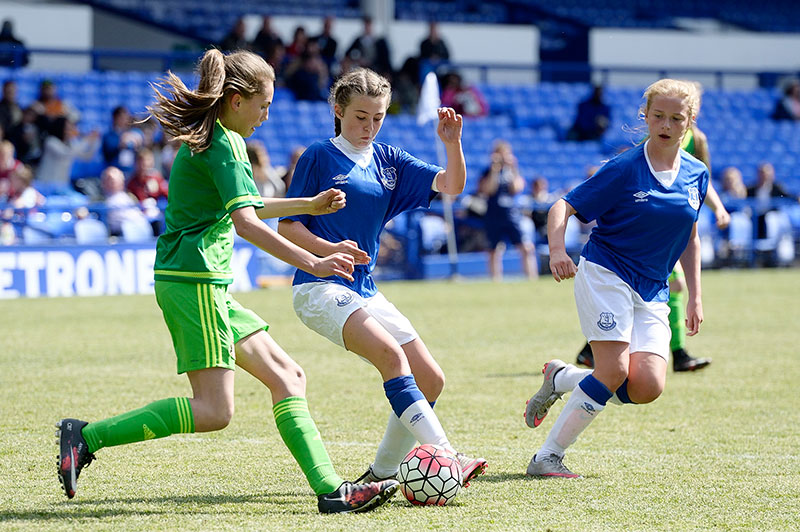 Meanwhile, in the Under-11 Mixed category, the Toffees' representatives went all the way to the semi-final stage before falling to eventual winners Ysgol Gynradd Gymraeg Castell Nedd, who represented Swansea City.

Siobhan Atkinson, Community Development Executive for the Premier League, added: “This year's Premier League Schools Tournament has seen the highest level of participation yet and we hope to steadily continue to grow the competition over the coming years.

“The experience for these young people of playing football on a Premier League pitch, under the watch of Premier League match officials, and against schools from across the country is one they will remember for years to come.”

Over 14,000 young footballers from more than 1,700 schools took part in this year's tournament, with 320 taking to the pitch at Goodison Park. The youngsters were cheered on by over a thousand spectators in the Bullens Road Stand, as family, friends and schoolmates took in the action throughout the day. 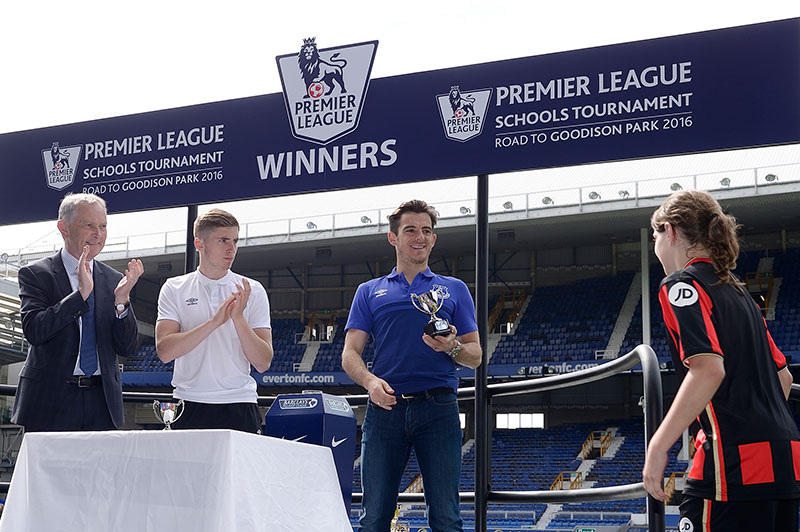