Everton's late flourish gets 2017 off to a flyer 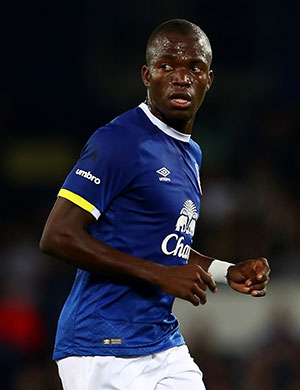 Everton kicked the New Year off with what ended up being a handsome win but it took the introduction of Enner Valencia midway through the second half to alter the trajectory of the game.

The Ecuadorian came on for Aaron Lennon and scored his first goal for the Blues, breaking open a flat contest that looked to be grinding towards a goalless conclusion when he converted from close range.

It was he who was fouled by Maya Yoshida in the Southampton box six minutes later which handed Leighton Baines the opportunity to double the lead from the spot before Romelu Lukaku hammered home a third two minutes from time.

With Everton playing their third game in the space of a week, Ronald Koeman reshuffled his line-up and handed Dominic Calvert-Lewin his debut and a first start of the season to Tom Davies while Ramiro Funes Mori returned at centre half.

The teenage striker's afternoon lasted just 11 minutes, however, when he had to be withdrawn with an ankle problem and replaced by Kevin Mirallas five minutes after Claud Puel had been forced into his own change following a head injury to Cedric.

Both sides took time to settle but efforts from Ross Barkley and Lukaku required saves by Fraser Forster while Southampton, carrying a threat on the counter, had the ball in the net with 25 minutes gone but Jay Rodriguez was flagged offside after handling it into the goal.

The Saints striker then prompted Joel Robles into action when his attempted cross deflected goalwards off Ashley Williams before opening the Everton defence when he turned Davies, evaded Williams but drove his shot over the bar.

Finishing the stronger, the visitors had the last chance of the half when Nathan Redmond was picked out for a free header in the centre but he glanced well wide.

Looking short on inspiration, Everton toiled through the first 20 minutes of the second period with just Lukaku's surging run but wayward to show for their efforts while Redmond underlined the danger in Koeman's side switching off at the other end when he sprung the offside trap but was foiled by Robles.

Valencia's introduction had the effect of opening up more space on the right flank for Everton in the 74th minute and it was through that avenue that Seamus Coleman set up the opening goal. Profiting from a fortunate rebound after Fraser Forster had saved Romelu Lukaku's header off the Irishman's cross, Valencia swivelled to fire the loose home from close range.

Working the ball inside from the opposite flank, Mirallas fed Valencia just inside the Southampton box in the 80th minute where Yoshida slid through him leaving referee Kevin Friend with an easy decision to point to the spot.

Baines took responsibility for the penalty, sending Forster the wrong way to make it 2-0.

Puel's men made a last desperate attempt to get back into the game in the closing stages and Williams had to make an impressive clearance from almost under his own crossbar.

But Lukaku killed the match with two minutes left of regulation time when Baines slid in brilliantly to win the ball in a central area, Davies slipped a nicely-weighted pass to the Belgian and he rifled an unstoppable right-foot shot into the top corner.

The win gets Everton back to winning ways following the 2-2 draw at Hull on Friday night and keeps them in seventh place as they look to close the gap on the clubs above them.