Jagielka adds another year to his Everton contract 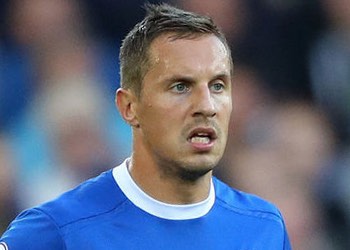 Phil Jagielka has extended his Everton contract by another year, committing to the Blues until 2019.

The 34-year-old was the subject of rumours earlier this summer suggesting that he could return to Sheffield United, the club from which he joined Everton 10 years ago, possibly in a player-coach capacity, but he has extended his stay at Goodison Park instead.

The club captain had entered the final year of his current deal with the club but says he is delighted to have penned a new deal.

"It is always nice to have the potential of an extra year with the Club - and it did not take too long for me to decide to sign.

“I was delighted to do so and I am looking forward to the journey over the next two years.

“It has been a fantastic time here but, hopefully, we will create some more special memories in the next two years and I can look back on my time at Everton with a smile on my face.”