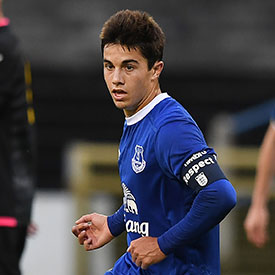 Everton Under-23s midfielder Liam Walsh has signed for Bristol City in a permanent deal, the club have announced.

The 20-year-old came through the Finch Farm Academy and was being groomed to follow in the footsteps in the first team, of the likes of Jonjoe Kenny and Tom Davies with whom he played at U21 and U23 level.

He had a highly successful loan spell with Yeovil Town in 2016 where he earned rave reviews from Glovers fans but his temporary move to Birmingham City this season was ended prematurely following the sacking from that club of Harry Redknapp.

He didn't feature under Redknapp's successor, Steve Cotteril, and returned to Everton having made just three appearances.