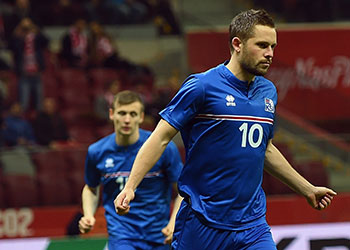 Gylfi Sigurdsson played 27 minutes of Iceland's friendly against Norway this evening, scoring once in a 3-2 defeat.

It was the Icelandic Talisman's first action since he injured his knee in Everton's home win over Brighton & Hove Albion in March and an important step in building his fitness ahead of his country's first appearance in the World Cup Finals.

Sigurdsson stepped off the bench to put Iceland into the lead after Alfred Finnbogason's penalty had cancelled out Bjorn Johnsen's opener but goals from Josh King and Alexander Sorloth handed the Norwegians victory.

Iceland have one more friendly against Ghana before they begin a tough assignment in Russia against Argentina to kick off their group phase campaign.