Lookman has a fan in Brands 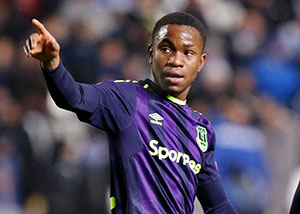 Ademola Lookman's prospects of not only staying at Everton but being an important member of the squad have been enhanced by comments made by Marcel Brands.

The 20-year-old spent the last half of the 2017-18 season at RB Leipzig after it became clear that he would not be getting regular playing time under Sam Allardyce at Goodison Park.

He scored five times in 11 appearances for the Bundesliga side who have made overtures to try and sign him permanently but the Blues' new Director of Football is keen to make him a prominent part of the first team next season.

"I can be clear in that because I know the player very well," Brands said in the Liverpool Echo. "He was on my list [of targets] at PSV.

"He is a very talented young player and I think he has to be moved up next year [to the first team]."