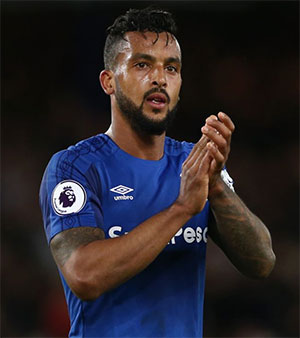 Everton return to London for the penultimate time this season to take on Crystal Palace at Selhurst Park as they look to maintain their push for a seventh-place finish.

The Blues were embarrassed on their last visit to the Capital when they went down 2-0 to relegated Fulham but they atoned in spectacular fashion on Sunday by whipping Manchester United 4-0. Marco Silva will be hoping, however, that enough of the sting of that defeat at Craven Cottage remains to spur his charges to victory over Palace.

Everton come into the weekend sitting two points behind the current occupants of seventh position, Wolves, but know that the fact that Nuno Espirito Santo's side will be playing eighth-placed Watford means that whatever the result is at Vicarage Road will be of benefit.

They will be hosted by a dangerous but erratic Palace team, however, one that has lost five and won five of their last 10 games in all competitions but which also beat Arsenal 3-2 at the Emirates in their last outing. And as tricky a venue as this can be and for all the problems the Eagles have caused Everton at Goodison Park in recent years, the Blues haven't lost at Selhurst Park since Palace regained promotion in 2013, winning twice and drawing the other three.

That will bode well if Silva can draw out of his players the kind of performance that put on against United or, perhaps more aptly, the won at the London Stadium that comprehensively beat West Ham at the end of last month.

The Portuguese looks likely to be without Richarlison this weekend, however, with the Brazilian struggling with the rib injury he sustained against Manchester United on Sunday.

Richarlison, who scored the opening goal in the Toffees' 4-0 romp past the Red Devils at Goodison Park, went down injured late on the first half and reappeared after half time but then had to be substituted five minutes into the second half.

Silva, explained in his pre-match press conference this afternoon that the winger is a “major doubt” for the Palace game but that Lucas Digne, who came off himself late in the match against United with a foot injury, has been cleared to play.

Meanwhile, Theo Walcott, another of the goal scorers on Sunday, has been battling a virus this week and will be assessed tomorrow before the manager makes a decision over his starting XI.

Silva also said that Yerry Mina has resumed training with the first team after recovering from a hamstring problem sustained on international duty for Colombia last month. André Gomes serves the second game of his three-match ban.

Roy Hodgson, meanwhile, is without defenders James Tomkins (groin) and Mamadou Sakho (knee) as well as Jeff Schlupp who, like Tomkins, has been ruled out for the remainder of the season.

As both Manchester clubs and even Brighton have shown in recent weeks, this Palace side can be vulnerable defensively but if Wilfried Zaha is in the mood and with Christian Benteke's aerial presence, they can also be dangerous.

Neither should cause Everton all that many problems if the Blues can keep as defensively impregnable as they have been in recent weeks, the trips to Newcastle and Fulham aside. A win would keep Silva's men very much in the hunt for seventh going into the final two games.