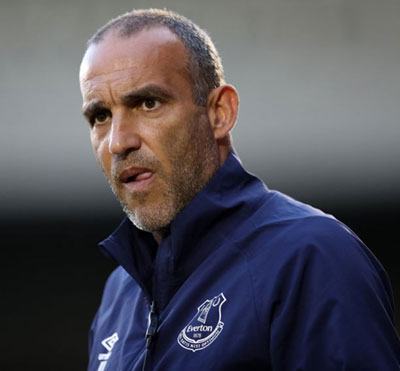 Everton Assistant Manager, Joao Pedro Sousa has taken up a managerial role in his native Portugal, the club have now confirmed.

Marco Silva's Number 2 has apparently been offered a two-year contract at newly-promoted Famalicao.

Sousa has worked with Silva at each of his five most recent clubs, including Everton and the pair were also teammates at Trofense during the late 1990s.

Quotes sourced from The Telegraph

This is something to worry about. Joao Pedro is a massive part of the management team. Silva said himself how much he relies on Joao Pedro. He’s been with him since the start at Estoril. They were teammates and they’ve worked together at every club from Estoril to Everton.

Silva has a small team. Hugo Oliveira looks after the keepers. Goncarlo Pedro is the fitness coach. Then there’s the Benfica lab guy, the head of performance, Bruno Mendes. Silva added Antonis Lemonakis after working with him at Olympiacos and he’s head of analytics.

Which leaves Silva, JP and Pedro Conceição as the ones who actually do the proper coaching. Sure Duncan Ferguson is also a first team coach. But you can see how silva losing his trusted right hand man, friend and top lieutenant will have a big impact.

As for who will be the new assistant manager, my money is on Pedro Conceição, and I would expect an addition from Portuguese football to come in.

I wouldn’t be surprised though if JP is given a pay rise to persuade him to stay.

I thought Klopp, who relied on his assistant far more than Silva does, would have suffered following the permanent departure of his trusted lieutenant, but no, he’s gone from strength to strength. Maybe Silva can utilise this as an opportunity to get some new blood into his team and improve them as a result.

He's friends with both Brands and Silva, and his star has crashed after his disaster at Fenerbahçe. He might well accept an assistant's job in the Prem, where he was openly interested in working.

It's more than possible that this is just another way of attempting to unsettle one of the more realistic clubs with aspirations to do more than just sit there and be grateful for their lot in life – they've linked our best players with the world and his wife so now it's the turn of the coaching staff.

We'll have Brands linked to Man Utd next due to their 'crisis', board member or not, as someone has a photo of him and Frodo standing in the same terminal at Manchester Airport.

Drew O'Neall
16 Posted 19/05/2019 at 16:28:35
If not Unsworth a reshuffle might make a place available for a Jags or Baines lower down the bench.
David Ellis
17 Posted 21/05/2019 at 03:00:49
Get the best available replacement. This is a key position. Ex-players to come into the coaching staff only on merit (and if no relevant coaching experience perhaps they should cut their teeth elsewhere first!).
Steve Ferns
18 Posted 02/06/2019 at 19:12:38
Good day to bury this news with many blues trying to live in a black hole and avoiding all things football.

Sam Hoare
19 Posted 02/06/2019 at 19:33:51
This is bad news. Assistants are hugely important to the way a managers philosophy is executed and losing someone who knows Silva and his tactics so well when we are desperately seeking consistency is far from ideal.
Justin Doone
20 Posted 02/06/2019 at 21:39:32
Think more arranged than forced but although I do think this falls in to the managers / head coach responsibility I do think Brands needs to be ok with it too.

If Silva is the attack minded coach we may need a more defensive minded number 2.