With twelve days to run, we are just over half-way to the £5000 target. David and I would greatly appreciate the support of ToffeeWeb readers to get this over the line so that the biography can be published in the autumn. 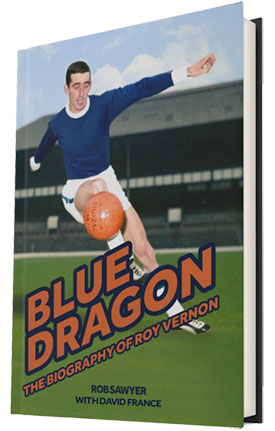 Roy Vernon is an Everton great and our leading marksman for four seasons in the early 1960s. He captained Everton to championship glory in 1963 and is still hailed by an older generation of Toffees' as one of their idols alongside Alex Young and Bobby Collins. Off the pitch he was charismatic, witty and one of life’s rebels. For the past two years David France (EFC Heritage Society and Everton Collection Founder) and I have been meticulously researching and writing Roy's biography - drawing on exclusive interviews, archive material and Roy's own unpublished memoir notes.

To bring 'Blue Dragon' to publication later this year, we launched a Kickstarter project in partnership with James Corbett's deCoubertin Books. Thomas Reagan of ToffeeArt has produced the stunning concept cover image.

A Kickstarter is a form of crowd funding campaign. This one runs for 31 days (1-31 July). I wrote this item about Roy when the project was launched. With twelve days to run, we are just over half-way to the £5000 target (if this is not reached the Kickstarter is ended and no funds are collected from those who pledged support).

David and I would greatly appreciate the support of ToffeeWeb readers to get this over the line so that the biography can be published in the autumn. You can pledge support via a number of options. For example: 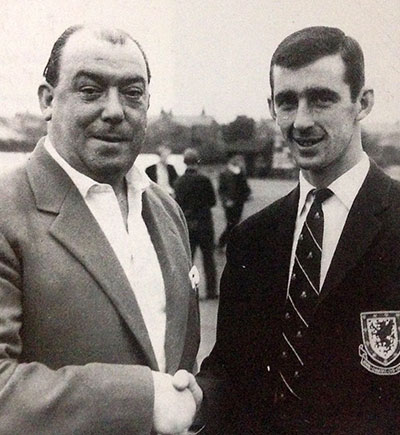 Here is the link to the Kickstarter page – it includes a video about Roy Vernon featuring David and I plus the evergreen Derek Temple.

Also, here is my interview with Toffee TV about the book.

Thank you, in anticipation of any support that you can offer to bring Roy’s colourful life story to print.