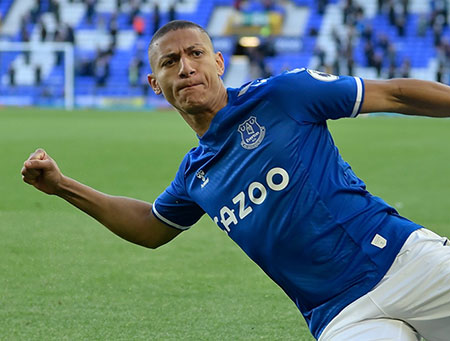 Everton rounded off their 2020-21 home campaign with only their second League win at Goodison Park of the calendar year as they edged Wolves by a single goal to keep their European hopes alive.

With 6,000 fans in attendance, Richarlison's towering header early in the second half proved enough as Carlo Ancelotti's men dug in and held on the three points that might prove to be crucial given that Tottenham went down to a 2-1 defeat to Aston Villa in North London.

With James Rodriguez ruled out before kick-off with “fatigue” following his 78 minutes against Sheffield United on Sunday, Ancelotti made two changes to his starting XI, drafting Gylfi Sigurdsson into midfield and swapping Yerry Mina for Mason Holgate in the back three.

The Blues started brightly with much more tempo than they had exhibited against the Blades but their early intensity quickly dissipated allowing Wolves to take control for much of the first period.

Richarlison had failed to trouble goalkeeper John Ruddy with a header from near the penalty spot before Jordan Pickford was called upon to make the first of a couple of important first-half saves.

From one of a succession of corners that the visitors would force before half-time, the ball fell to Morgan Gibbs-White just outside the box but Pickford did well to push his excellent volley away to safety.

Mina sent a Fabio Silva shot spinning just over with an important block and Adama Traoré, a constant thorn in Everton's side down Wolves' right flank, forced another terrific stop from Pickford with a powerful drive that the England keeper tipped over.

At the other end, Ben Godfrey's side-foot effort was blocked unwittingly by Seamus Coleman and Richarlison had a close-range shot deflected wide as the hosts began to exert a bit more pressure as the interval approached. 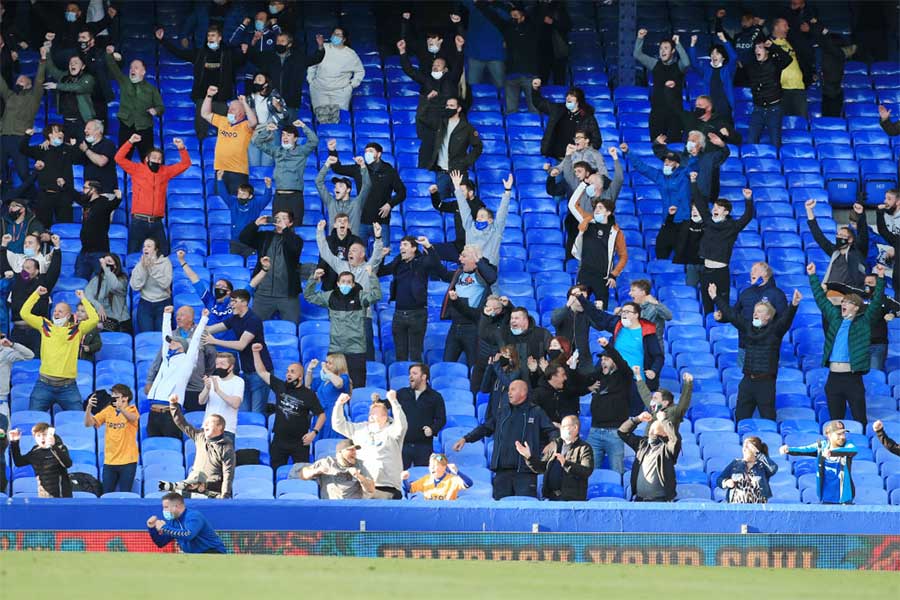 A little over 6,000 supporters formed the largest crowd allowed at Goodison for 14 months

The breakthrough came less than three minutes into the second half after Godfrey's persistence had won Everton a corner in front of the Gwladys Street. Sigurdsson whipped the resulting set-piece into the box and the Brazilian guided a header into the far corner of the goal to make it 1-0.

Visibly gaining confidence, the Blues broke at speed three minutes later as Richarlison fed Abdoulaye Doucouré and his pass to Lucas Digne was helped on to Coleman but the Irishman's shot was deflected past the far post.

A horrible giveaway by Richarlison gave Traoré the chance to burst through the centre but the winger's shot was weak and easily saved while Dominic Calvert-Lewin tested Ruddy with a low drive from the angle after his strike partner had played him in smartly behind the defence.

Sigurdsson went close to sealing it either side of a penalty claim for handball by Wolves against Doucouré, first with an attempted curler that hit the stanchion on the right side of goal and then with another effort searching out the same corner that took a nick off a defender on its way behind.

In the end, the single goal was sufficient to earn a win that means Everton avoid setting a club record 10th home defeat in a single season and still have something tangible to play for when they head to the Champions, Manchester City, on Sunday.