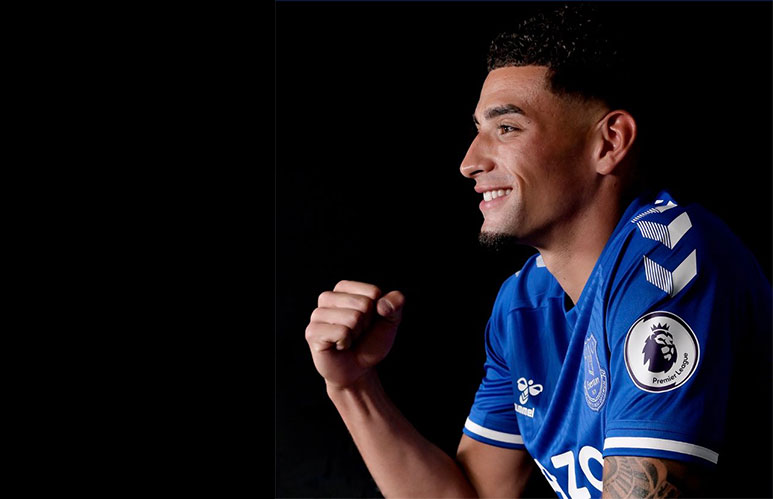 When Mason Holgate suffered a pre-season injury that was expected to have kept him out for 12 weeks and young stand-in Jarrad Branthwaite picked up an injury of his own in a Carabao Cup tie, Everton were left with just two fit centre-halves as the extended transfer deadline loomed in early October 2020.

They turned to a hugely promising prospect in Ben Godfrey who had just been relegated with Norwich City but was very highly regarded by the Blues' Director of Football at the time, Marcel Brands.

Then 22, Godfrey was signed by the Blues for £20m on transfer deadline day that year, with reports suggesting that there might be appearance-related add-ons that would increase the final fee.

The York-born defender, who can also operate in defensive midfield, began his career at his hometown club before securing a move to Carrow Road. He impressed as a defensive midfielder in a very successful loan spell at Shrewsbury Town in 2017-18 and returned to help the Canaries gain promotion back to the Premier League the following year, playing as a centre-back.

He played 33 games for Norwich in 2019-20 but couldn't prevent them dropping back to the Championship. Nevertheless, his performances were enough to earn him a move back to the top flight with Everton.

Possessing a good turn of pace and terrific athleticism, the England U21 international promised to be a shrewd addition to Ancelotti's back line which then boasted a good mix of youth and established players. He signed a 5-year contract and picked the No 22 shirt and would go on to have a very impressive debut season for the Toffees.

However, he wasn't able to build on that debut campaign. A bout with the novel coronavirus and the lingering effects of Long Covid disrupted his preparations for the 2021-21 season and affected him for weeks afterwards, even once he was deemed fit enough to play. As the team struggled badly for form under Rafael Benitez, Godfrey was used across the back four but was finally attaining a recognisable level of form when he was injured during Duncan Ferguson's one game in interim charge following Benitez's sacking in mid-January 2022.

Ben returned to the side under new boss Frank Lampard in March and was once again finding his feet, this time in his preferred central-defensive role, when he sustained another hamstring strain which ended his season in the third week of April.

Lampard had seen enough from him to install him as a first-choice starter in his back three to kick off 2022-23 but Godfrey's season was just 10 minutes old when he broke a tibia on the opener against Chelsea. Scrambling back to recover the ball after his own ill-advised back-pass had put goalkeeper Jordan Pickford in a spot of bother, he went in hard on Kai Havertz, caught his foot in the turf and sustained a fracture that would sideline him for three months.