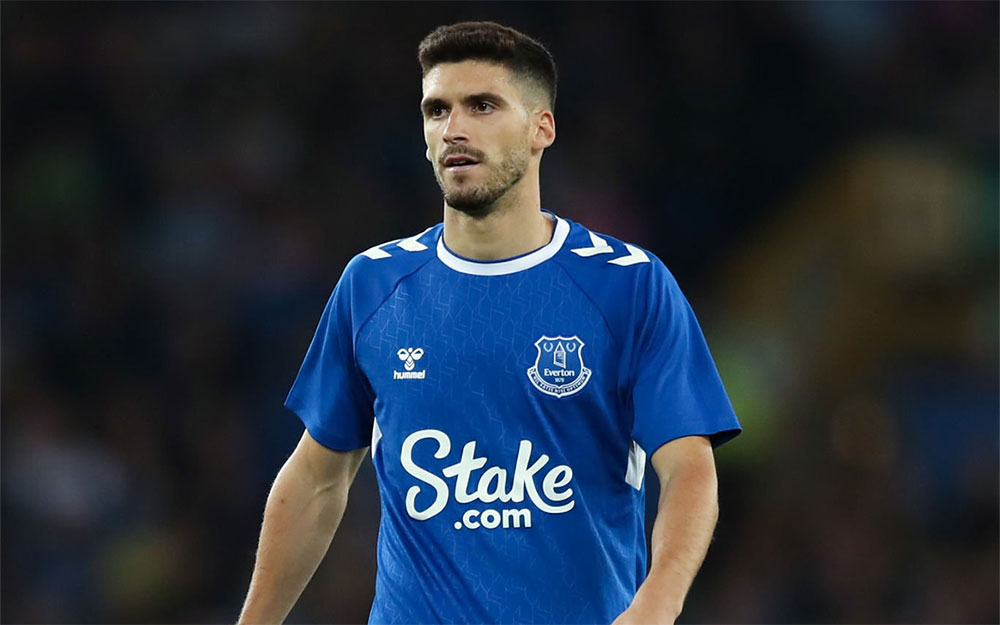 As the 2022-23 season approached, Everton moved to add depth on the left side of defence with a move for Ruben Vinagre who joined the club in a season-long loan deal from Sporting, with an option to make the deal permanent in the summer of 2023.

Vinagre was a player well known to the Blues' Director of Football, Kevin Thelwell, from their time at Wolverhampton Wanderers and he approached Sporting about the possibility of bringing the 23-year-old back to the Premier League following a year back in Portugal, also on loan, even though Vinagre had only recently signed for the Lisbon club permanently a few weeks earlier.

With Vitalii Mykolenko the only senior left-back on the books, Vinagre was drafted in to provide competition and back-up in that part of the picth. An attacking full-back, he also provided another option for the left wing-back role in the five-man defensive system Frank Lampard was instituted at Goodison Park to compensate for weaknesses in defensive midfield.

"It's an amazing club, it's like a dream come true to join a big club like Everton,” the Portuguese said in his first interview with evertontv. “Everton is a big club with a great history, and it's an opportunity for me to work with great players and a great manager, and those things together make me even more excited to work here.

Vinagre began his career in France with Monaco when he joined their youth ranks but although he signed a professional contract with the Ligue 1 club, he didn't make a senior appearance for them before he was loaned to Wolves to play under his compatrriot, Nuno Espirito Santo and the burgeoining Portuguese contingent at Molineux.

He played nine League games for the Midlanders in 2017-18 as they gained promotion from the Championship and signed for them permanently the following year, making 34 appearances over the next four seasons but also had loan spells in between at Olympiacos, Famaliçao and, finally, Sporting.