Blues give up two horrible goals 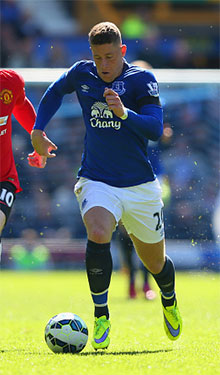 The penultimate game of the season at Goodison Park and Roberto Martinez named a strong side with Osman and Barkley back in the starting XI. It was something of a scrappy start as Everton looked to kick off with the required intensity, a number of players trying to get forward passes in play, but it was Sunderland who almost got behind the blues when Stones failed to clear on the stretch.

Sunderland were determined to defend solidly and the Blues needed to be inventive to create their first chance, Osman curling his shot just wide in a crowded area. In the next attack, Defoe fouled Baines wide left and the Everton player curled in the set piece to the far post but with too much pace and height for Stones.