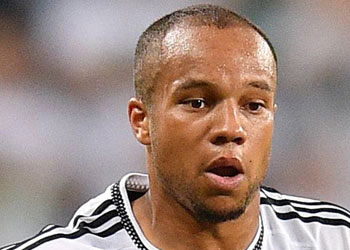 It was another failed transfer deadline-day move that just seemed so "Everton, that" back in September 2012 when Vadis Odjidja-Ofoe's loan switch collapsed but the Belgian believes something more sinister was afoot at the time.

23 years old at the time, Odjidja-Ofoe looked to have completed a transfer from Club Brugge to Goodison Park at the very last minute of the transfer window but FIFA ultimately blocked the deal on the grounds that the paperwork wasn't completed in time.

It seemed like a similar situation to another proposed loan move by David Moyes for Ever Banega that never materialised or the transfer of Leory Fer that also fell apart at the last minute but in this instance it seems as though the fault did not rest with the Blues.

Odjidja-Ofoe would end up in the Premier League two years later when he joined Norwich City and spent two seasons at Carrow Road before leaving for current club Legia Warsaw via a loan spell at Rotherham but he feels his career path would have been very different had some not deliberately blocked his transfer to Everton.

“The transfer was registered four minutes too late," Odjidja-Ofoe explained to Sport Foot in Belgium. "Had I signed for Everton a day earlier, my career would be completely different. On the last day of the window, I was ready to sign somewhere.

“Five minutes before midnight, my agent got the green light. I signed a blank contract. I didn't even know how much I'd earn or how long I'd be staying.

"We had to talk with Everton about that. Later, I learnt that someone had deliberately blocked my transfer.”

Perhaps he could have been. But his career since then has left me wondering if YouTube highlights are actually very reliable. I know this will come as a shock to some people.