Koeman gets infamous vote of confidence 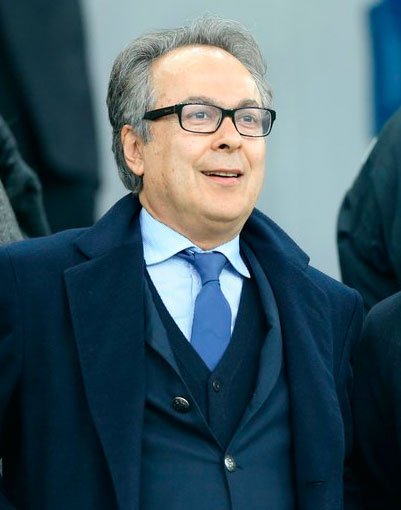 Farhad Moshiri appears to have again used Jim White as the conduit for a message to supporters where he gave his backing for Ronald Koeman
Everton's major shareholder, Farhad Moshiri, has apparently given his backing to Ronald Koeman as the manager struggles to turn around the team's poor start to the season.

The Blues were beaten 1-0 by Burnley at Goodison Park yesterday and were booed from the field by some of the home fans for the second time in three days following the 2-2 draw with Apollon Limassol in the Europa League.

Just two Premier League wins have left Everton in 16th place in the Premier League and increased the pressure on the manager following a significant outlay on players over the summer.

Sky Sports and talkSPORT presenter Jim White, who claims to have a close relationship with Moshiri and regularly passes on updates from the billionaire investor, has tweeted a quote purported to be from Moshiri.

In the message, Moshiri says that the Burnley match was the only match so far where a defeat was unexpected, arguing that Everton have faced four of the title contenders and are tired from having to play Europa League qualifying games.

"We're in a bad moment. But we have played the 4 title contenders 3 away.

Today was the only unexpected loss. The 4 Pre qualifying UEFA games and 2 group games on Thursdays haven't helped. There is mental and physical fatigue and 7 injuries.

These are early days and Koeman has my total support. We have great fans and they deserve better. We know the honest and objective expectations of our supporters and will not let them down.