Allardyce off the mark with three points 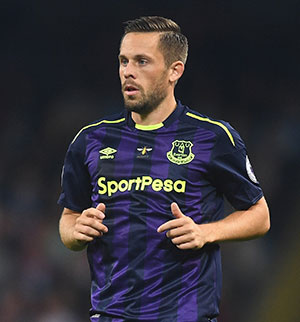 Everton began Sam Allardyce's tenure with a second successive home win as goals from Gylfi Sigurdsson and Dominic Calvert-Lewin were enough to see off Huddersfield Town.

Having adapted to the visitors' energetic pressing and found their own rhythm in the second half, the Blues pressed home their superiority with two goals in a match that was otherwise short on goalmouth action.

Having watched Everton dismantle West Ham on Wednesday evening in David Unsworth's last game in charge, Allardyce elected to go with the same starting XI despite the availability of Oumar Niasse and Michael Keane.

That meant Calvert-Lewin deployed up front again, Wayne Rooney occupying the deeper-lying role in which he proved so effective in midweek, and Cuco Martina continuing to deputise for the injured Leighton Baines at left back.


And it was Martina who had the best chance of a physical first half where opportunities were at a premium at both ends. The Curacao international benefited from strong hold-up play by Calvert-Lewin and hammered a right-foot shot that Jonas Lössl had to parry away with both hands.

At the other end, Laurent Depoitre came closest to breaking the Terriers' long goal drought away from home when the ball fell to him at a corner but Jordan Pickford did enough to get a hand to it before it was hacked away to safety.

The second half was only a couple of minutes when Everton took the lead. Aaron Lennon's pass into the penalty area was flicked beautifully into the path of Sigurdsson by Calvert-Lewin and the Iceland international swept confidently home from a central position.

Tom Ince lashed a shot into the side-netting as David Wagner's men tried to respond but it was the Blues who almost doubled their lead just past the hour mark. This time it was Lennon who played Calvert-Lewin in with a deft touch off Rooney's perceptive pass but the goalkeeper was on hand again to beat the shot away.

Lennon was replaced by Ademola Lookman and Tom Davies, on another yellow card, made way for Morgan Schneiderlin with 20 minutes left; shortly afterwards, the home side made it 2-0.

They had increasingly got the measure of Huddersfield and when Idrissa Gueye won the ball in his own half and found Rooney, the veteran forward released Calvert-Lewin behind the visitors' defence with another pin-point pass. The striker bore down on Lössl's goal and profited from a slight deflection off the covering defender's lunging tackle that carried it over the ‘keeper's arms into the net.

Tommy Smith had a deflected late effort saved by Pickford but Huddersfield, who hadn't scored on their travels since the opening day, would not find a way past the Blues' back line which kept its second clean sheet of the week.

The result lifts Everton into 10th place in the Premier League and moves them eight points clear of the bottom three for now.