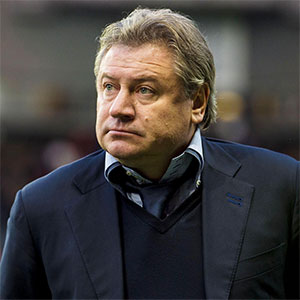 Goodison Park favourite, Andrei Kanchelskis, says that if Everton can get their recruitment right this summer, there is every chance they could challenge for the top four this coming season.

The winger, who spent 18 short but memorable months with the Toffees between August 1995 and early 1997, says that new manager Marco Silva needs to be given time but he is hopeful that this is the beginning of a long tenure with Everton for the Portuguese.

Speaking to journalist Paul Brown, he says of Silva: “Everyone I speak to says he is a great coach — and I speak to a lot of people! Everton fans must give him ten games and see what happens.

“He needs some time because he has a completely different mentality to the last manager.

“I hope he will still be there in five years' time and that Everton will be in their new stadium and competing with the best in Europe on a regular basis.

“What went wrong last year was a mistake of the management, in my opinion. But it will not happen again. They didn't make good signings. But do not blame the owner.

“He has paid big money for a good coach and they will buy quality players. Hopefully next season they will finish in the top four.”

As one of the genuine stars to have played for the Blues in the Premier League era — not to mention a two-goal Anfield derby hero — Kanchelskis remains close to the hearts of Evertonians and he remarks that he gets a better reception on his returns to Merseyside than he does to Manchester, the home of United, his other former club in England.

“Everton is a good club with great fans,” he continues. “I remember so many good times there. They need to buy some good players this summer and they could play in the Champions League.

“Why not? A full stadium every game will help the players and the atmosphere there is always amazing.”