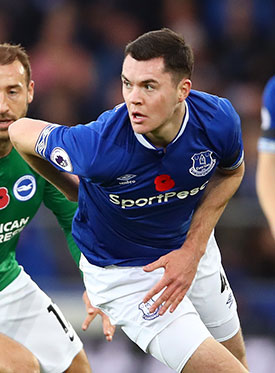 Everton made a mockery of their manager's lingering hopes of qualifying for Europe with another gallingly insipid display in London, going down 1-0 to Tottenham in a poor contest.

In a game that might well have ended goalless were it not for an unfortunate first-half own goal by Michael Keane, both sides failed to live up to the billing that pitted two teams hoping to mount a late charge on the top seven but it was the visitors' alarming attacking shortcomings that will concern Carlo Ancelotti.

The Italian might have opted for a more conservative posture in the first-half than was required against a Spurs side reeling from a 3-1 reverse at Sheffield United in midweek but even after more attacking changes in the second half, Everton failed to unduly trouble Hugo Lloris.

Indeed, the Toffees managed just one shot of note in the first half, a rasping effort from Richarlison that skidded narrowly wide in stoppage time but they were chasing the game at that point following what proved to be the winner, scored in the 24th minute.

The two sides' pressing game had been the dominant feature of the first quarter of the match but Tottenham managed to put together an incisive move that ended with Son Hueng-Min twisting in the penalty area and Harry Kane attempting a blocked shot that fell to Giovani Lo Celso.

The Argentine had time to control, turn and get off a sliced shot that would have flown wide had it not hit Keane and deflected past Jordan Pickford.

Everton, who had shown precious little up that point and would lose Mason Holgate to injury not long afterwards, remained toothless and frustrating until Dominic Calvert-Lewin's far-post header prompted Lloris to push the ball behind for a corner in the 40th minute and Richarlison went close with that one promising opening on the stroke of half-time.

Ancelotti withdrew Alex Iwobi at the break and introduced Anthony Gordon and the teenager fired in his team's first shot on target five minutes into the second half.

At the other end, Pickford had to make two saves in the space of 10 minutes to foil Son and the South Korean curled another shot narrowly wide but Everton remain anaemic going forward themselves.

The woeful Gylfi Sigurdsson made way for Bernard, Tom Davies was replaced by Moise Kean and Seamus Coleman went off Djibril Sidibé but while the changes led to an increase in pressure on Tottenham's goal, the Blues never really looked capable of scoring.

Calvert-Lewin despatched a back-heeled shot into the goalkeeper's arms with 10 minutes left, Gordon half-volleyed over and Sidibé fired a first-time shot a couple of yards wide at the death but Everton got what their flat and uninspired performance deserved — nothing.