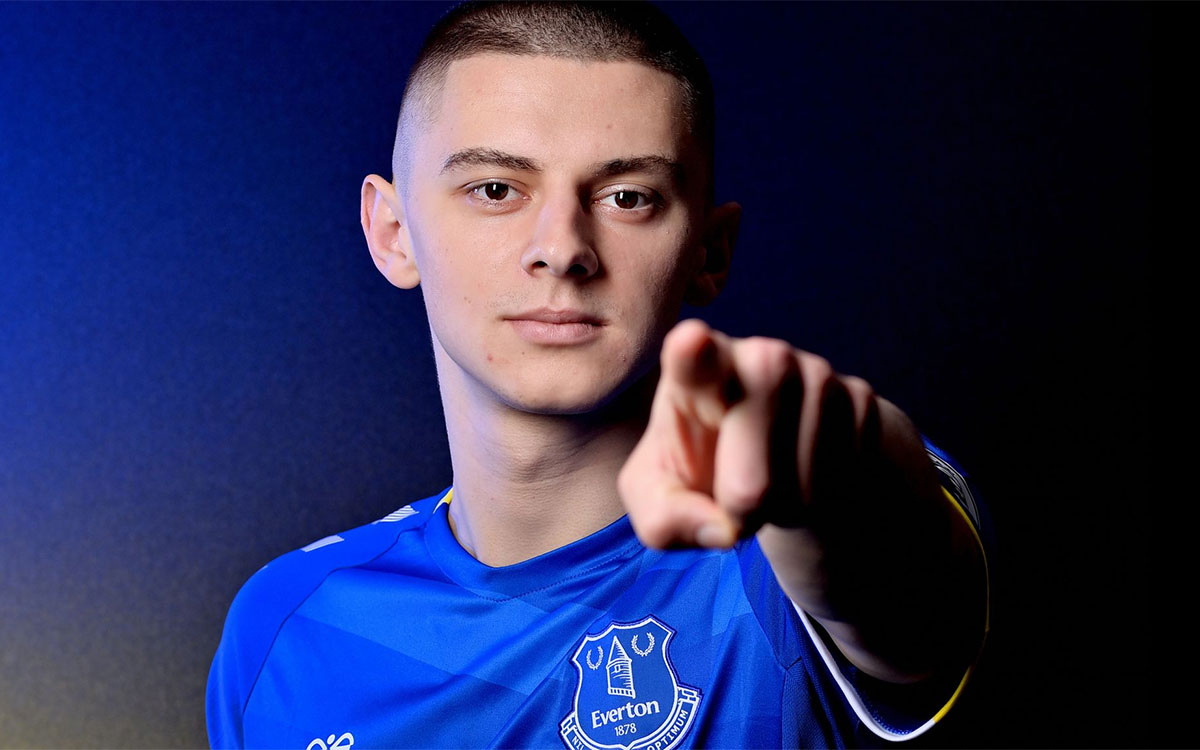 Everton signed Nathan Patterson from Glasgow Rangers in a deal that could ultimately be worth £16M after the formalities on the 20-year-old's move were completed today.

Reoprts suggest that Everton agreed an initial fee of £11M for the young Scot, with a further £5M dependent on appearance-related clauses.

The Glasgow-born full-bac signed a 5½-year contract that runs to the summer of 2027 and he arrived at Goodison Park 5 months after Everton had tried to sign him for a reported £9M but the two clubs could not come to an agreement over payment terms.

Patterson joined just days after the signing of left-back Vitaliy Mykolenko from Dynamo Kiev, with the Blues finally appearing to have found a potential long-term successor to skipper Seamus Coleman who, at 33, is getting towards the end of his career as a regular starter.

“I'm over the moon to sign for Everton and looking forward to getting started,” said Patterson.

“It was an easy choice to sign. This is a massive club with huge history and the fanbase is tremendous. Obviously we aren't in the place where we want to be right now but we can definitely get there with the talent in the changing room and staff here, and I have full belief we can do that.

“It is really exciting to come to a club that has huge talent in the team. I am going to work my socks off and hopefully I can do well with them in training and in games.

“It was also great for me knowing the manager really wanted me here and that made my decision. When a club really wants you, it makes your mind up early on.

“I wanted to come here from the very start. I'm delighted to be here and really looking forward to playing in front of the fans at Goodison.

“Long-term, I want to nail down a starting position and win some trophies to make the fans proud.”