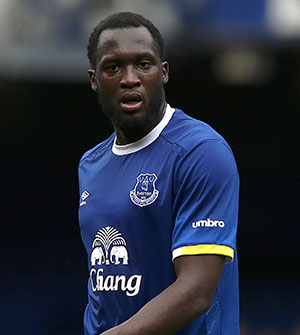 The petering out of Everton's season concluded at the Emirates as 10-man Arsenal still ran out 3-1 victors against a Blues team seemingly with its mind on the summer.

The Gunners needed a victory to have the best chance of edging back into the Champions League and they got off to a strong start when Hector Bellerin fired home from close range after just seven minutes.

The game took what should have been a significant turn in the 14th minute when Laurent Koscielny was sent off for lunging in on Enner Valencia, forcing Arsene Wenger's side to play the final 75 minutes of the match a man down.

The loss of the Frenchman didn't prevent the Gunners from extending their lead through Alexis Sanchez, however, and then rounding things off with an excellent goal from Aaron Ramsey after Romelu Lukaku's penalty had briefly offered hope that Everton might make a contest of it.

Ronald Koeman made just one change to the side that had started against Watford last weekend, bringing Valencia in for Ross Barkley, but it was the Gunners who made all the early running.

And the home side went ahead when Sanchez drove to the byline, Danny Welbeck failed to connect in the centre and Bellerin had the simple chance of converting from a central position to make it 1-0.

A low shot from Kevin Mirallas in the 13th minute that was comfortably saved by Petr Cech was the first effort on goal from the visitors but they were given an apparent boost just a couple of minutes later when Koscielny flew into Valencia, scything the Ecuadorian down in full flight.

Referee Michael Oliver had no hesitation in brandishing a straight red card but it failed to have the desired effect on Everton's performance, even after Tom Davies was replaced by Barkley in the 26th minute as Koeman tried to add some more guile in the final third.

Arsenal doubled their lead a minute later as Sanchez took advantage of a criminally static Blues defence, firing home Welbeck's pass in front of goal after his initial shot had cannoned off Phil Jagielka.

Everton rallied briefly late in the first half and might have scored six minutes before the break but Valencia and Barkley scuffed shots in front of goal and Lukaku's effort was blocked near the line.

Idrissa Gueye then brought a flying save from Petr Cech with a powerful shot from distance and the Gunners' keeper had to push a header from Lukaku over his crossbar.

The second half failed to draw the requisite desire or pressure from Everton to seriously test Arsenal and Joel Robles had to make a smart save to deny Welbeck shortly after the interval to prevent the hosts from making it 3-0.

The Blues were handed a lifeline in the 58th minute, however, when Rob Holding handled in his own area and Lukaku planted a well-struck penalty to Cech's right, notching his 25th league goal of the season.

Valencia had what looked to have been the equaliser chalked off, his impressive header from Mason Holgate's great cross flagged for a push on Per Mertesaker, before Robles made two vital saves from Mezut Ozil and one from Alex Iwobi to keep the score down.

Arsenal did get their third in stoppage time, though, when Ramsey took advantage of a yard of space ahead of him on the edge of the Everton box and curled an unstoppable shot around Robles to make it 3-1.

With seventh place long since guaranteed, the result had no bearing on Everton's season but the disappointing manner in which the season has meandered to a close will have Evertonians looking eagerly to the summer transfer window where improvements are needed.