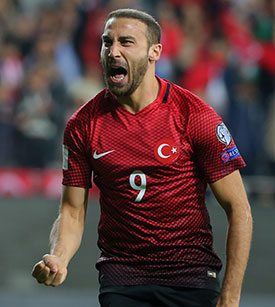 Everton are out of their last cup competition of the season as a soft penalty and Virgil van Dijk's late header won this third-round tie for Liverpool.

An excellent Gylfi Sigurdsson equaliser midway through the second half gave the Blues hope of earning a replay at the least but their continued problems in attack and a critical error in judgement from goalkeeper Jordan Pickford scuppered their chances of advancing to the fourth round.

It was rough justice on Everton who played with much more adventure than was the case in the league fixture here last month and had Liverpool worried heading into the last quarter of an hour.

Tellingly, though, Sigurdsson's goal, a composed side-foot finish at the end of an Everton counter-attack which cancelled out an infuriatingly weak penalty decision for reds in the first half, was the visitors' only shot on target.

It meant that despite the increased threat posed by Ademola Lookman, the Blues weren't able to find a winner and it permitted Jurgen Klopp's men to win the game from an 84th-minute corner.

Sam Allardyce made changes to his starting XI from the side that lost to Manchester United on New Year's Day, recalling Dominic Calvert-Lewin, Sigurdsson and Jonjoe Kenny to the side and starting James McCarthy in midfield.

Mason Holgate moved back inside to his favoured central-defensive role alongside captain Phil Jagielka.

Allardyce's side approached the game on a more even footing than was the case a month ago, showing some attacking intent down the right flank with Yannick Bolasie.

The winger got around new reds signing Virgil van Dijk early on with the defender not quite grabbing enough jersey to give referee Robert Madley something to think about.

Rooney was booked for scything through Joe Gomez in only the seventh minute while Sadio Mane ballooned an effort well off target just before the quarter hour mark and James Milner later volleyed another effort across the face of Pickford's goal.

At the other end, Everton were faring well enough in terms of approach play but saw attacks founder when they got to the final third until Bolasie swung in successive crosses that yielded a second corner but, like the first, it came to nothing as Martina belted a shot high over the bar.

Mane sliced another shot wide from outside the box before referee Madley intervened with the award of an infuriatingly soft penalty as Lallana flopped to the turf under the attentions of Holgate.

Milner converted the resulting penalty and Liverpool assumed control of the contest, with Everton's early adventure having dissipated.

Tempers flared five minutes before the break as Firmino crashed into the advertising hoardings following Holgate's push and reacted with words that sparked anger in the young defender. The pair squared up to each other but were restrained and the incident passed.

Everton announced the signing of Cenk Tosun from Besiktas during the half-time interval while Sam Allardyce sent his side out unchanged for the second half.

They won a corner five minutes in but Sigurdsson's out-swinger was too long to trouble the Liverpool defence. That was followed by the withdrawal of Rooney for Lookman a minute later, the veteran's frustration threatening to earn him a second yellow card.

Gomez missed badly with a free header from a Liverpool corner shortly afterwards before Lallana raced through but, thankfully, fired wide as Jagielka closed in on him.

Milner's trip on Bolasie earned Everton a free kick in a dangerous area in the 55th minute that Karius fumbled but got away with the error.

Back at the other end, Robertson skinned Bolasie all too easily but his powerful drive was parried away well by Pickford while McCarthy's late tackle on Milner was penalised with a yellow card.

Van Dijk popped up with a free header from a deep cross but steered it took close to Pickford who gathered at the second attempt as Liverpool continued to press and Everton struggled to maintain any impetus.

Everton equalised, though, with a classic counter-attack, led by Bolasie who helped the ball forward to Lookman and he threaded Jagielka in on the edge of of the box. His lay-off to Sigurdsson allowed the Icelandic man to pick his spot with a pass into Karius's net.

A rare free kick award from Madley gave Everton another free kick chance with 15 minutes to go but Sigurdsson's delivery fell too short. For Liverpool, Oxlade-Chamberlain fired in a set-piece from a similar area which ended with a shot flying across goal and out to the far side.

Allardyce introduced Niasse with 10 minutes to go in place of Calvert-Lewin but Liverpool retook the lead a couple of minutes later when Pickford came too far off his line and was punished by Van Dijk who connected with a header.

Bolasie had a chance to open Liverpool up in stoppage time but went for glory from way out instead and wasted the chance, leaving the home side to see out the game.

It was Everton's first defeat on Liverpool's turf in the FA Cup and ends the club's quest for a first trophy for 22 years for the season.