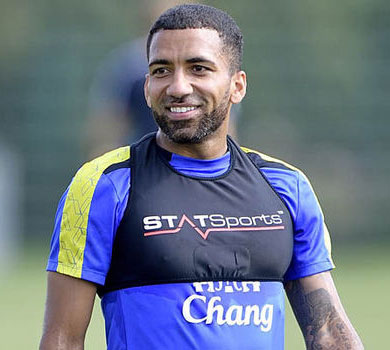 Aaron Lennon is on the verge of concluding a deal to join Burnley for a nominal fee.

The 30-year-old former Leeds United and Tottenham winger is out of contract at Everton in the summer but has decided to move on in the current transfer window.

The Blues have reportedly agreed a small fee for Lennon while the player is happy with the personal terms on offer and he will complete the switch to Turf Moor if he comes through a medical.

Lennon was signed on a permanent deal by Roberto Martinez after a successful loan spell from Spurs.

He has made close to 80 appearances for Everton, scoring nine goals and, following psychiatric treatment last spring, he was brought back into the first-team fold earlier this season after falling out of favour last term.