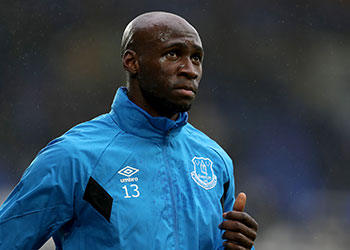 The injury to Eliaquim Mangala's knee has required surgery and the defender will now begin the rehabilitation that will likely keep him out for the rest of the season.

There has been no official announcement from Everton regarding the defender's prognosis or the specific injury for which he has gone under the knife but there were suspicions following the home win over Crystal Palace 10 days ago that he had damaged ligaments in his knee.

Mangala tweeted from his hospital bed today to say that the operation was done:

Operation done. Now, let's get to work, to come back #EverStronger. 🚑💪🏿🏋🏾‍
“Why do we fall? So we can learn to pick ourselves up.”👊🏿 #BatManga🦇 pic.twitter.com/S5i05CcxUq