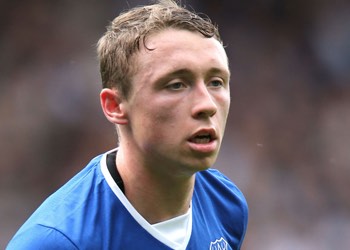 Matthew Pennington has agreed a new three-year contract with the Blues, the club have announced.

The 23-year-old centre-half has spent the season on loan at Leeds United and there was talk that the Yorkshire side might try and making his move there permanent.

Pennington appears to have committed his future to Everton, however, by signing a new deal, adding two further years to his existing terms which would have expired next summer.

Having made his debut three years ago and playing the odd game at the tail end of Roberto Martinez's time in charge at Goodison Park, Pennington got another chance in the first team last season and scored his only senior goal to date in the Anfield derby last year.