Calvert-Lewin bags a brace for England 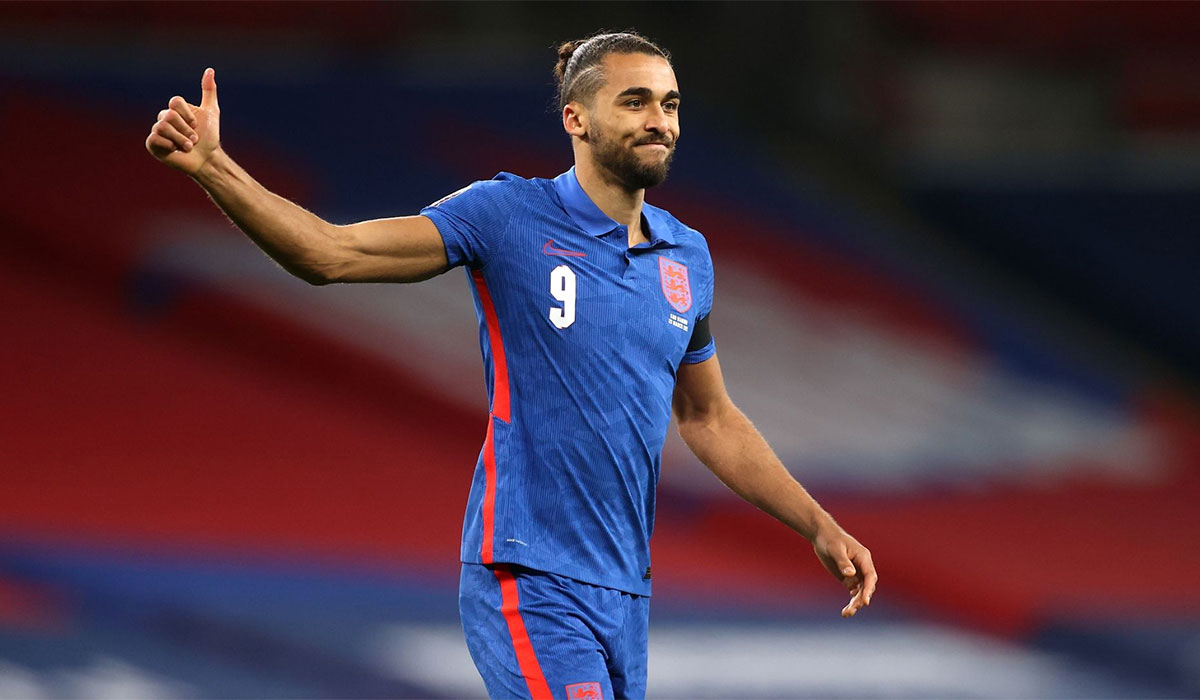 Dominic Calvert-Lewin struck twice in his first competitive outing for England as they got their 2022 World Cup qualifying campaign off to a comfortable start against San Marino.

The Everton striker played just over an hour for Gareth Southgate's side, enough time to score a goal in each half before making way for Aston Villa's Ollie Watkins.

James Ward-Prowse had got England off the mark with almost a quarter of an hour gone and Calvert-Lewin doubled the lead in the 21st minute when climbed well to head Reece James's cross into the bottom corner.

Raheem Stirling bagged the third with a deflected effort just before the interval when Southgate made some changes but Calvert-Lewin stayed on and though he squandered other chances, he scored his second goal with a routine finish from Jesse Lingard's assist less than 10 minutes into the second half.

Watkins's debut goal came seven minutes from time but not before Ben Chilwell, Mason Mount, Lingard and Ward-Prowse had seen efforts saved by Elia Benedettini in the San Marino goal.

As Dominic fluffs his lines!

I think that is down to the coaching and mentoring at Everton, not England.

Ian Godfrey
5 Posted 25/03/2021 at 20:39:19
Can’t say that I’m impressed by this England team or the tactics. Have the midfield been told to ignore the simple forward pass and keep the defence in the action. There has been very little in service to DCL, one good cross and he scores, watch the difference when Kane comes on.
Andrew Ellams
7 Posted 25/03/2021 at 21:00:13
Sterling wanted the healdines tonight. DCL should get more service now that he's gone off
Rob Halligan
8 Posted 25/03/2021 at 22:10:41
Sterling had no intention of passing to anyone tonight. Was made captain and all he wanted to do was shoot, shoot shoot. DCL scored two pretty easy goals, and probably could have had another couple. Still, you've got to be in the right place to score or have the chances.
Tom Bowers
9 Posted 25/03/2021 at 22:17:00
DCL could have had a bagful if others weren't so greedy.

This was really a nothing game and a waste of time.

Teams like San Marino should play in a qualification round with all the other piss poor teams and then only one of them should move forward to the quality round.

I honestly think Accrington Stanley could have provided better opposition to England.

But again, this was against San Marino. Back to my point, why? Should international football not adopt more of an FA Cup style format? As in the "Premier League" et al, don't enter until the qualification and preliminary rounds are done? That could have been embarrassing tonight and of no benefit or enjoyment to anyone.

A population of 30k means San Marino are a village pub team. England not getting double figures might not be a reflection of the players wages but it deffo represents the paltry gap in quality

Playing devils advocate, San Marino is a state so if you cut them off or have preliminaries, where do you draw the line? Is it based on population? Kazakhstan has a population six times the size of Croatia. Luxembourg has twice the population of Iceland. And yet performances defy those stats. Is it based on past performance? Norway were a joke until they faced Taylor’s England. Iceland were a joke until five years ago. Austria and Hungary were the best of the best until they dropped off a cliff in the 60s. So where would the cut off be for weak teams? Didn’t Michael ONeill go about two years without a win for tiny N Ireland until they qualified for the last Euros? That’s the tricky bit. Do I expect San Marino to have their day? No but the similarly sized Faroes Islands are competitive with the likes of Greece who were Euro champs not that long ago

I just think it should have more of an FA Cup feel to it based on positioning and ranking.

Thats one way of skinning it but I wouldn't have an "all in" approach personally.

Then again, I'm contradicting myself as I don't really care too much for international football other than watching it because it's a game of football. Not something I get too passionate about, just an observation.

Andrew Ellams
23 Posted 26/03/2021 at 07:09:05
Africa, Asia and North/Central America all have qualifying rounds before there stronger nations enter the competition. It's about time Europe did the same.
Eddie Dunn
24 Posted 26/03/2021 at 08:14:07
on the one hand I marvelled at Rhys James' crossing and though just how Everton could do with such a weapon. I would think Dom would have another 8 or 9 goals in his tally with that service.
Like others above, I was disgusted by Sterling, who seems to have become more greedy with the armband. I would have thought it might have made him see the collective merit rather than his individual success.
Domenic showed that he can get into the right positions and he also showed that he is a little clumsy, oh and that man-bun perhaps stopped his back-header from going in!
Listened to the sour Lee Dixon sticking the boot in on DCL as soon as he missed his first chance.."Kane would have scored that" or words to that effect. Has he never seen Kane miss a sitter?
I do detect a snidey edge to many of the established pundits towards anything connected to us.
Hugh Jenkins
25 Posted 26/03/2021 at 08:46:24
Derek (19) - Your suggestion smacks of some form of FFP formula for Nations - based either on population size, or past performance.
If based on population size - then the cut off at 48 Countries would debar:-

Included would be Nations that have not yet shown any inclination towards adopting Association Football as a national game e.g.

Also included in the top 20 are:-
Ethiopia
Philippines
Vietnam
Thailand.

It would be better, I think, to leave these matters to the "experts" at FIFA.

No Red Shite, no United, no Spurs. All those darlings who have struggled for form get a little helping hand as usual.

No way can I throw my support at that false set up and its not like last night was the first favour either.

However, I would have thought enlarging the numbers of automatic qualifiers for a major completion would also automatically cut down on the number of pre-qualification games necessary thereby achieving your aim by a different means?

Considering Sterling is the first or second name on his big game list and has been ever present all season.

Then it dawned on me, City aren't liked or struggling like Liverpool an Spurs and theres nothing they'd like more than Chelsea being pipped to top 4 by them 2 clubs.

Andrew Ellams
34 Posted 26/03/2021 at 11:30:18
One thing from last night, can we sign Ward-Prowse? He can win the ball, his passing is absolute top drawer and he must be almost the number 1 set piece merchant in the PL.
Martin Berry
35 Posted 26/03/2021 at 12:18:41
I think with better decision making England and Domonic would have score alot more. Sterling and Linguard were set on scoring as many as they could for themselves rather than the team.
We have some great talent, but we have been here before and its a question of whether Southgate can get the blend the formation right and not also having to exclude talent.
Ward Prowse would be a great long term replacement for Sigurdsson but at what price.

Paul Hughes
36 Posted 26/03/2021 at 12:31:25
Did anyone notice that the goal-machine known as Davy Klaassen scored for Holland in their stuffing by Turkey? How someone as poor as that gets in an international side is beyond me.
Kevin Prytherch
37 Posted 26/03/2021 at 12:38:46
Joe 31 - he is surprisingly clinical compared to other strikers (there will be mitigating circumstances.

That’s 5 for him in 20 games for Holland. It probably helps that they play him in his best position. See Gullit’s comments today.

Some good news for Evertonians. 👍

He's actually a very intelligent and good player in the right team and setting. It just didn't work for him at Everton.