Wretched display puts Everton back in trouble at the bottom 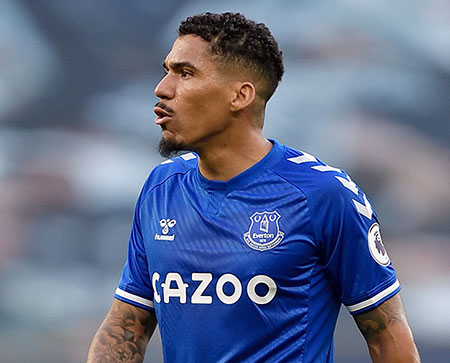 Everton put in one of their worst performances of a season littered with them as they were comfortably beaten by Southampton without managing a single shot on target.

Buoyed by last weekend's rousing win over Leeds, the Blues started brightly but lost their way as the first half progressed and then caved completely in the second after Allan, yellow-carded with less than a quarter of an hour gone, was replaced by the abysmal André Gomes.

Not for the first time this season, the Portuguese midfielder was caught in possession inside his own half and Southampton capitalised with Stuart Armstrong breaking the deadlock eight minutes after half-time.

Shane Long came off the bench to score with his first touch with 10 minutes to go but it was one of those afternoons where Everton could have played all day and not scored.

In a move that looked dubious in hindsight, Frank Lampard rewarded the players who had done so well last weekend by naming an unchanged side for this trip to St Mary's and it looked to have been a sound decision early on.

Everton came out of the traps in positive fashion, picking up where they had left off against Leeds with crisp passing and incisive probing up front. Richarlison was almost in inside two minutes but couldn't convert from close range and Donny van de Beek bounced a shot wide while there was a strong claim for a penalty when Oriol Romeu handled a cross in his own area.

Those appeals were turned down by referee, Andy Madley, and Video Assistant Referee, Andre Marriner, while at the other end, the first warning signs of the danger posed by the Saints came when the hosts poured forward and Jordan Pickford had to make a good save to deny Armando Broja.

From the visitors' perspective, the game changed markedly when Allan was booked for another of his needless lunges. This one caught Kyle Walker-Peters near the halfway line and the Brazilian was left walking a tightrope on a yellow card until he was was withdrawn at half-time.

A succession of opportunities followed for Southampton, the first coming when Allan barged Armstrong over just outside the box and Pickford palmed James Ward-Prowse's free-kick behind superbly before comfortably saving from Mohamed Elyounoussi in the 26th minute.

Six minutes later, Ward-Prowse delivered a low cross into the six-yard box that Tino Livramento touched on from close range but Pickford made an excellent reaction save to keep it out. A minute after that, Broja was in on goal again but Pickford was equal to his attempt to fire the ball across him and the striker had one more chance shortly afterwards when he sold Jonjoe Kenny and cut back inside but Michael Keane charged his effort down.

Walker-Peters went closer to anyone to finding the net in the first period when he grazed the outside of the post with a low drive while Everton had evaporated as an attacking force by the time the referee blew the whistle for half-time.

Gomes's introduction for Allan installed in defensive midfield a player who has repeatedly proved to be a liability in that role and so it proved in the 53rd minute after Everton had had the ball in the net but seen the goal chalked off for a clear offside against Richarlison.

Keane put Gomes into trouble with a questionable short pass and when the latter dallied, he was robbed of the ball which was worked across the box to Armstrong to place a low shot inside the post and beyond Pickford's despairing dive.

Alex Iwobi, who had started brightly but, like his team-mates, faded badly, had a chance to test Frazer Forster in the Saints' goal almost immediately but elected not to shoot and the move ended with Gomes slicing awkwardly off target from 20-odd yards out.

Ward-Prowse and Che Adams almost combined three minutes later when the former chipped a ball over the top but the striker couldn't get enough on it to guide it past Pickford before Armstrong fired a shot narrowly over the bar and Elynoussi somehow headed over at the far post with the goal at his mercy from another Ward-Prowse free-kick.

Lampard threw Andros Townsend on for Iwobi and then Dele Alli for Anthony Gordon but it was Southampton who looked the more likely to score next. Walker-Peters had another shot that took a nick off Mason Holgate's heel but Pickford was able to gather and the full-back then burned Seamus Coleman before testing the England keeper again 12 minutes from time.

Then, after Broja had despatched the ball across the face of goal and then been replaced by Long, the substitute popped up to jump higher than Coleman to meet a deep cross from the right and plant a header back across goal and inside the post to wrap things up for Ralph Hasenüttl's men.

With Newcastle, Watford and Burnley all picking up points below them, this horrendous defeat means that Everton are just five points off the bottom of the Premier League with more difficult games ahead in the coming weeks.