City grind dogged Everton down amid controversy at Goodison 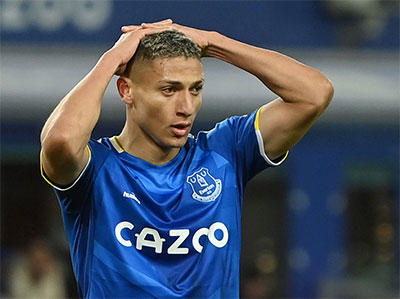 Everton fell to their third Premier League defeat in four matches under Frank Lampard as Manchester City finally breached their determined defensive stand in the cruellest of fashions eight minutes from the end of the regulation 90.

Phil Foden scored the game's only goal after an awkward deflection off Mason Holgate left him with a simple tap-in from close range while Goodison Park was left seething at the final whistle when referee Paul Tierney failed to award the Blues a penalty for a blatant handball by Rodri.

On an evening that had started in poignant fashion with shows of support for Vitalii Mykolenko and Oleksandr Zinchenko, Everton had seen their valiant stand undone just a few minutes earlier. Locking City out for the first half and restricting the League leaders to just one significant effort on target, the Blues tired in the second half and became less of an attacking threat themselves.

Nevertheless, they were on course for a deserved point before misfortune and controversy intervened in the final 10 minutes and they were left to reflect on what was their 13th defeat in the last 19.

Lampard will reflect, however, on what was a committed and spirited performance that just lacked some cutting edge up front on the few moments that Everton were able to break through City's lines. Jonjoe Kenny had the best chance of the first period after Jordan Pickford had comfortably saved from Kevin de Bruyne when he popped up on the overlap to receive Allan's pass but sliced his shot wide with his weaker left foot.

Richarlison also tested Ederson with a strong effort that was, unfortunately, fired straight at the goalkeeper after the ball had broken to the Brazilian forward near the penalty spot and Anthony Gordon cleared the crossbar by inches with a direct free-kick in first-half stoppage time.

Everton began the second half well but, as expected, the visitors soon began to exert their superiority on the contest with increasing pressure as Lampard's men started to feel the physical effects of their efforts.

Foden forced the first serious save from Pickford 11 minutes after the restart when the keeper beat his shot away and he had to be even more alert to deny John Stones a rare goal from open play when he parried the former Everton defender's rising shot behind for a corner. 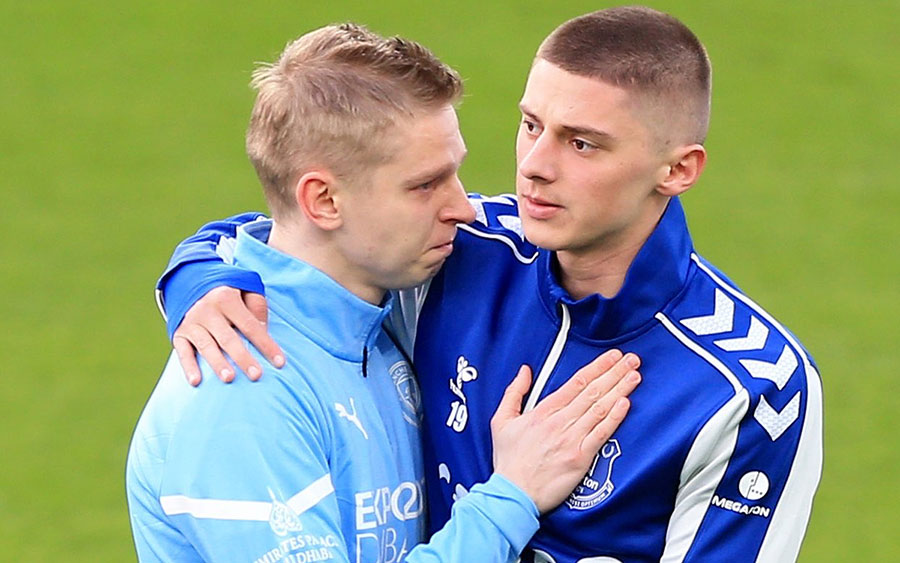 Pickford then made a terrific double-save to foil first De Bruyne and then Foden before Donny van de Beek made a stretching tackle to divert the ball away from danger, unfortunately injuring himself in the process requiring the introduction of Dele Alli in his stead.

Two minutes later, De Bruyne headed a chipped Bernardo Silva cross onto the roof of the net before Everton's only real chance of the second period fell to Gordon. Alex Iwobi and the returning Abdoulaye Doucouré had peeled away on the counter-attack with the latter finding Gordon's surging run down the opposite flank but the 21-year-old could only find the side-netting with his finish.

The game had moved into the final 10 minutes when City's pressure told in the most frustrating of circumstances from Everton's point of view. Bernardo Silva's low cross took a deflection off Holgate's out-stretched leg which wrong-footed Keane who couldn't react in time as Foden seized on the loose ball and tucked it home.

Yet Everton's gutsy display could and should have been rewarded with a spot-kick at the other end just two minutes later. Dele had picked Richarlison out with a ball between the lines and Ederson saved from his compatriot but as Rodri tried to control the rebound, he moved his arm toward the ball making contact with his bicep which led to the Gwladys Street End and the Blues players to bay in unison for a penalty.

After a lengthy VAR check, the decision was made that clear video evidence was “not conclusive” enough to prove that the ball hadn't struck the upper arm instead and the appeals were waved away.

It was an infuriating way to end an evening on which Everton deserved more than cruel defeat, one which leaves them now sitting one place and point above the relegation zone with a difficult trip to Tottenham to come after the FA Cup tie against Boreham Wood on Thursday evening.