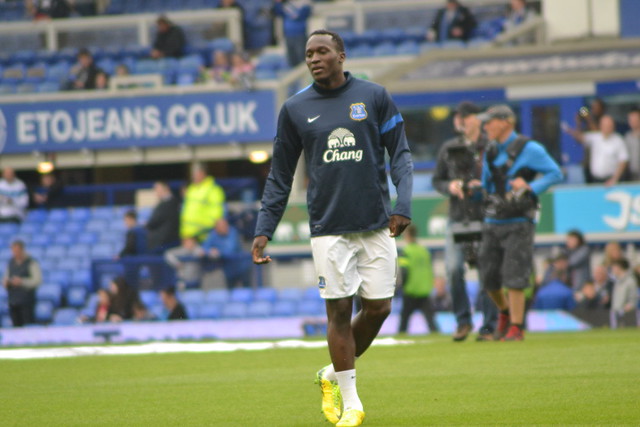 Another week, another goalscoring visit to Upton Park for Romelu Lukaku, with the scourge of West Ham United helping Everton to leave the East End with a 1-1 draw on Saturday.

The burly Belgian now has seven Premier League goals for the season, with only Leicester City’s Jamie Vardy able to better that return, and is well on course to better his tally from 2014/15 – when he managed 10 in the top-flight and 20 in total.

Were he to hit that mark again, there would no question that a man deemed surplus to requirements by Chelsea – a side very much lacking in creative spark at present – deserves to be considered among the finest frontmen in Europe.


In fairness, that is a standing he already enjoys, with it frightening to think how good he can become at just 22 years of age.

Everton, of course, are hoping that they will be the ones to continue benefitting from his considerable talents, with a five-year contract penned upon his permanent arrival at Goodison Park set to take him through to 2019.

Comments from both player and his agent regarding ambition have raised a few concerns on the blue half of Merseyside, but as long as he continues to deliver on the field, fans will be prepared to turn a deaf ear to speculative talk of a big-money move elsewhere.

Manager Roberto Martinez continues to do the same, and has endeavoured to nudge the transfer wolves a little further from the door with his latest assessment of Lukaku.

With idle gossip suggesting that a £45 million price tag had been slapped on the youngster’s head amid reported interest from Ligue 1 champions Paris St Germain and Serie A giants Juventus, the Toffees boss said at his post-West Ham press conference that he would be worth £55m and there is no need to sell.

Everton certainly have no need to sell, and the John Stones saga over the summer shows that money does not always talk when a club is determined to retain its prized assets and build around them.

Free of Europa League distractions this term, Everton have done just that – with Premier League betting markets pricing them at the time of writing at around 2/1 to finish inside the top six, and 11/1 to break into the top four.

Hitting either of those marks will require Lukaku to stay fit and firing, with his seven efforts this season having been plundered from just 16 shots on target – a very healthy conversation rate of 44 per cent, and one which ranks him above the likes of Sergio Aguero, Olivier Giroud. Harry Kane and Alexis Sanchez.

He also has four assists to his name, as many as Kevin De Bruyne, and if Manchester City were prepared to stump up £55m for the tricky winger over the summer, then there is every reason to believe that a man two years younger, and one prolific in the most difficult of sporting skills – scoring goals – is worth just as much, if not more than his international teammate.