The sight of a smiling Aaron Lennon was a welcome one as the bulk of Everton's squad reconvened at Finch Farm today.

Those players who were not involved at international level this summer began pre-season training today and Lennon, who was detained under the Mental Health Act for what was diagnosed as a stress-related illness two months ago, was among them. 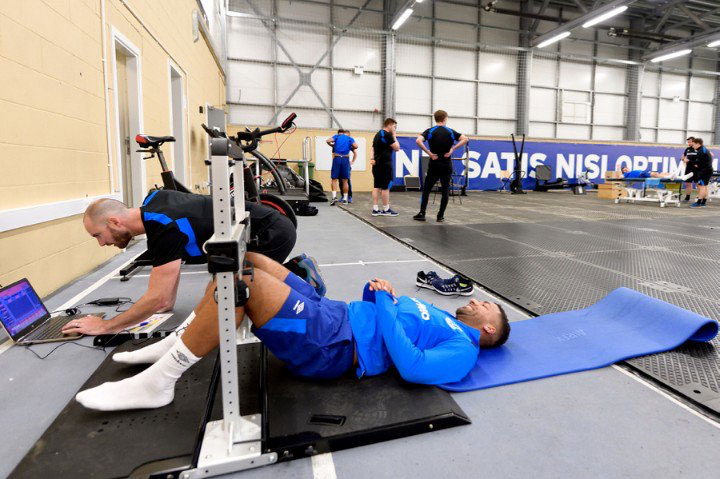 He was joined by Yannick Bolasie, who is continuing his patient rehabilitation from two knee surgeries, and Seamus Coleman, who is recovering from his broken leg, as Everton's players were put through a series of fitness tests.

Ross Barkley, whose contract situation remains unclear as he enters the final year of his current deal, was also present.

New signing Davy Klaassen and Romelu Lukaku are expected to return from holiday and join training on Thursday while those players involved in the U20 World Cup and U21 European Championships will be allowed a little longer.