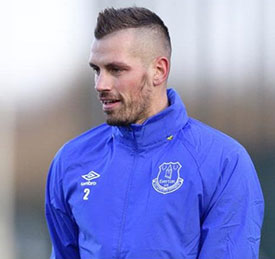 Morgan Schneiderlin says that Everton will need to be ready as the Blues kick off their Europa League campaign against MFK Ružomberok after a brief pre-season.

The timing of the third qualifying round of the Europa League is such that the first team have played just three friendlies when they begin the season in earnest on Thursday.

Should they progress, the Frenchman admits there is no way of knowing where they could find themselves travelling to in midweek but he is ready to apply the experience he has gained at his previous clubs.

“I [have] played in Europe before so I know what to expect,” Schneiderlin told evertonfc.com. “We need to get qualified and hopefully we will. After that we don't know the teams we will get but we could find ourselves playing in Russia on the Thursday and then back home on the Sunday.

"It will be very demanding so we will need everyone to be ready and on their toes.

“I was very happy with my first six months and now I want to build on that. In football and in life, if you just keep doing the same things as before you will never progress.

“That's my aim: I want to have a good pre-season, feel sharp and then push on to have a great season with very good performances.

"That's individual but also collectively to win things — that's my ambition. Hopefully I will do that and show even more.”