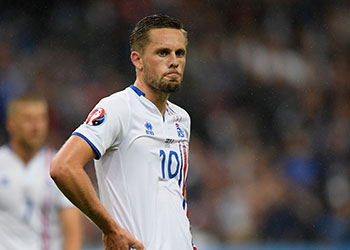 Gylfi Sigurdsson's future could be resolved by the weekend if the Swansea City manager gets his wish of a decision either way in the next few days.

Paul Clement was quoted last weekend as saying that closure of the Icelandic international's weeks-long transfer saga was "imminent" but, as yet, there has been no deal with Everton over a proposed transfer to Goodison Park.

Nor has there been any indication that Sigurdsson will commit himself to Swansea, the club he joined from Tottenham Hotspur three years ago. He was back in training today for an open training session at the Liberty Stadium.

The Toffees have been linked with the 28-year-old for the past year and have stepped up their interest in him this summer, with successive bids of around £30m and £40m reported to have been lodged and knocked back.

Swansea appear to be digging their heels in over a £50m fee for their star player, a price they may yet achieve, particularly in the absence of Sigurdsson submitting a transfer request or otherwise agitating for a move.

"I hope it's it done [either way] today!" Clement told BBC Sport today after confirming that the midfielder won't feature in the Welsh club's friendly against Sampdoria on Saturday because of the ongoing uncertainty over his future.

"I believe that talks are going on and hopefully we'll get a decision in the next couple of days.

"I think it will be best for all parties involved [if that is the case]."

In the wake of reports suggesting that U23s defender Callum Connolly could be offered to Swansea as a make-weight for Sigurdsson, Clement was asked if a player-plus-cash deal was a possibility.

"Assuming it's the right player coming back our way, someone we want, someone we've got belief in, someone who fills a need... those kinds of deals are always a potential," he replied.