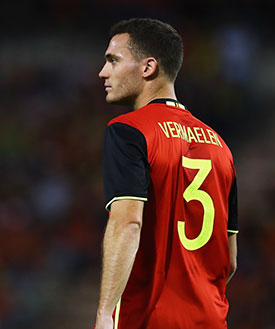 Thomas Vermaelen says that Ronald Koeman, has the experience and know-how to turn things around at Goodison Park.

The Belgian international and former Arsenal star was asked about Koeman's current struggles with the Blues and he expressed little doubt that his former boss can find the solutions.

“He's shown at Southampton and Ajax that he's a great manager,” said Vermaelen, who played under the Dutchman in Amsterdam, to Sky Sports.

“He has the experience to turn it around for sure.”

Vermaelen came close to reuniting with Koeman this past summer when Everton approached Barcelona about signing him as cover for the injured Ramiro Funes Mori.

The defender doesn't go into details but hints that there was substance to those reports.

He wouldn't be drawn either on speculation that he still might return to the Premier League.

“I don't want to go into details,” he said. "Barcelona always said they didn't want to let me go. All big clubs need at least four centre-backs.

"They were happy with my pre-season and kept me.”