A tweet from the official account of the club's main sponsor, SportPesa, congratulating Arsenal on their 5-2 win at Goodison Park has caused outrage among Everton fans.

The Kenyan-based betting firm, which also has a partnership agreement with the London club, have since deleted the post which revelled in the fact that the Gunners had five different goalscorers in their decisive victory over the Blues this afternoon. 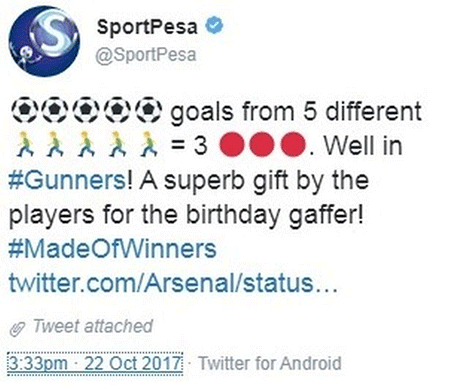