Meis looking to capture the magic of Goodison 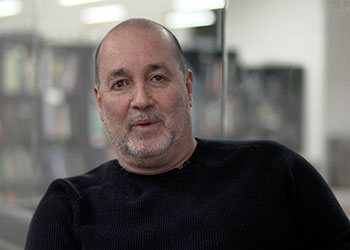 Dan Meis, head of the architectural firm charged with designing Everton's news stadium, recorded a video from New York for shareholders at the AGM

Architect Dan Meis says that he and his firm have a unique opportunity to create a stadium unlike any other in the Premier League with the site at Bramley-Moore Dock.

Everton's plans to relocate to the banks of the Mersey are progressing, with more than £9m spent on the planning and design phase so far. Evertonians have been waiting patiently for the first artist's impressions of the new stadium from Meis's studio and while none were provided at last night's Annual General Meeting, Meis recorded a video for shareholders that was played during the event.

“It's an incredibly exciting time for us,” he said. “I know there has been a lot of anticipation about seeing the building come along and we have done some work. I think 2018 is going to be a very exciting year for all of us as the project moves along.

“People have heard me say many times that it's pretty unusual for me to start a project with the kind of vision and brief that the club provided for us. That was one of the reasons why I was first excited about the project and then I fell in love with the club and Goodison.

“It's really become a really unusual and a a very passionate project for me and, I think, a career-defining one. That kind of strong vision about who the club is and who the community is will, I have no doubt, create a unique building that will be a model for football the world over.

“We've seen these modern buildings (stadia) become these kind of large, bloated — modern, yes; exciting, yes; spectacular, yes — but losing some of the intimacy, the power and the experience of sitting as close to the pitch and on top of the players as you can get.

“That has been the vision of the ultimate building. That's going to be unique when compared to any of the new [stadia] that we've seen in the league.”

Meis has made a number of trips to England as part of his research and Merseyside in particular to get a feel for Liverpool and to immerse himself in the culture of Everton FC and its supporters.

The immensity of a big occasion at the Grand Old Lady with Evertonians in full voice is not lost on him and the is determined to carry that into the new ground.

“The notion of [Everton being] the ‘People's Club' will be translating into the architecture,” he continued. “You can't see a game at Goodison and not understand how powerful the fans are to the outcome of the game.

“There's no better home pitch advantage than a building like Goodison and that kind of ‘fan first' and ‘football first' attitude has been at the core of everything we're doing in the early concept designs.

“I think one of the greatest challenges of this project is how you go from an iconic place like Goodison… there are memories in that building that you can't replace. What we think about the most every day is not to lose the magic of Goodison.