Klaassen no closer to first-team opportunities 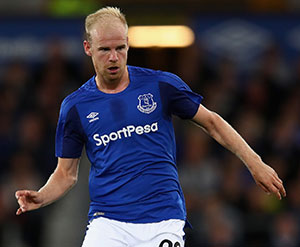 Davy Klaassen must continue to be patient in his quest to fight his way back into the first-team reckoning at Everton, with manager Sam Allardyce admitting that he faces plenty of competition.

The midfielder arrived amid much fanfare in a big £24m deal from Ajax last summer but struggled to adapt to the Premier League amid the Blues' difficult start to the season under, Ronald Koeman.

Klaassen hasn't started a Premier League fixture since Koeman departed in October and, to date, he has been handed just one appearance under the Dutch boss' successor, Allardyce, that despite some questionable performances and results from those ahead of him in the queue for places in the match-day squad.

It would appear from Allardyce's comments, however, that Klaassen hasn't yet convinced him or his staff that he is ready to displace the likes of Morgan Schneiderlin, Tom Davies, Idrissa Gueye, Wayne Rooney or Gylfi Sigurdsson.

“At the moment Davy Klaassen comes in and trains as best as he possibly can and does all what he can on a regular basis,” Allardyce said in the Liverpool Echo.

“He's not a sulker, he tries his hardest every time he comes into training but at the moment we see what we see, and we see the qualities of the players and haven't quite seen that in Davy to encourage us to put him in.

“Maybe somewhere down the line we will give him an opportunity.”