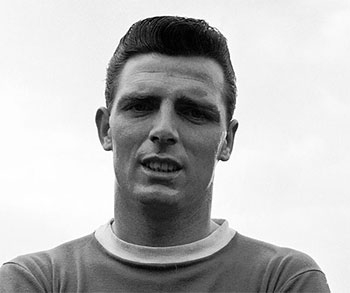 The Everton community has been saddened by the death of Fred Pickering who passed away this morning at the age of 78.

The Blackburn-born striker joined the Toffees in a record-breaking Everton £85,000 transfer in 1963 from Rovers where he had made 123 league appearances and would spend four years at Goodison Park before moving on to Birmingham City.

Capped three times by England, for whom he scored five goals in 1964, Fred scored a hat-trick on his Everton debut against Nottingham Forest and would go on to notch 70 goals in 115 appearances for the club.

He was a vital member of the team that won the 1966 FA Cup Final, firing important goals on the road to Wembley that year.

Sadly for him, a troublesome knee injury kept him out of the semi-final against Manchester United and he wasn't selected for the final which Everton famously won 3-2 over Sheffield Wednesday.