CSKA in talks over Vlasic transfer 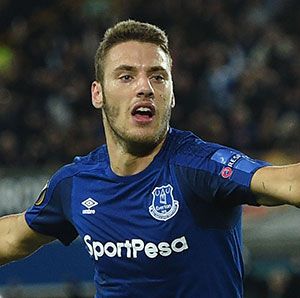 Nikola Vlasic appears to have his heart set on remaining with CSKA Moscow after his agent admitted negotiations are underway over making his loan move from Everton permanent.

The Croatian was an £8m signing by Ronald Koeman after impressing during the Blues' Europa League qualifying ties against Hajduk Split but he struggled to settle during a turbulent first season and was largely ignored by Sam Allardyce over the latter half of the campaign.

Marco Silva agreed to let Vlasic go out on loan this season and he has been a success in Russia and has indicated his desire to stay in Moscow.

“So far, there is no agreement, but talks are ongoing between the two parties. Nikola likes the club and the coach so we will see,” said the player's agent, Tonchi Martic.

Silva has spoken this season in terms of welcoming Vlasic back to Goodison where Everton could benefit from his season abroad in a different league. He has also gained Champions League experience but Vlasic's desire to make his temporary switch permanent could prove to be decisive.