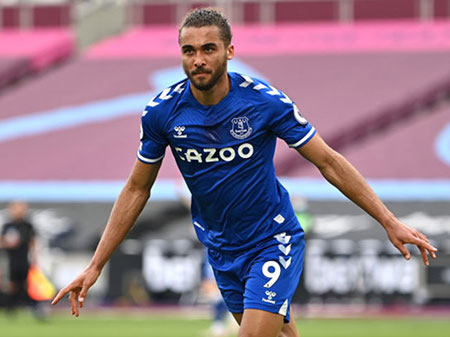 Everton ground out yet another gritty away win by a solitary goal, picking up three potentially huge points at rivals for Europe, West Ham, owing to Dominic Calvert-Lewin's 21st strike of the season.

The England international collected a superb through-ball by Ben Godfrey to slot past Lukas Fabianski in the first half and Carlo Ancelotti oversaw another impressive defensive stand that kept the Hammers at bay even though both teams hit the woodwork in the second half.

The Everton boss reacted to last week's disappointing performance against Aston Villa by dropping Mason Holgate to the bench, reverting to a five-man back line that included Michael Keane and Yerry Mina, and restoring Tom Davies to central midfield alongside Allan.

Abdoulaye Doucouré wasn't risked, kept on the bench throughout thanks to the Toffees' retention of their slender lead and in his stead, the partnership between Allan and Davies proved to be an effective bulwark against David Moyes's attack in combination with the central defensive trio, even after Mina was forced off with his recurrent thigh problem just past the hour mark.

Everton started with more purpose than they had showed at Arsenal a fortnight ago, forcing a number of set-pieces in the opening quarter of an hour until they made the breakthrough in the 24th minute.

Godfrey stepped out of defence and picked his pass between two West Ham defenders to release Calvert-Lewin and the striker made no mistake in the one-on-one situation, firing across the goalkeeper and into the far corner.

Fabianski then had to be alert to push Gylfi Sigurdsson's free-kick over his bar in the 27th minute and then to deny Richarlison after the Brazilian had latched onto Calvert-Lewin's flick-on and struck a powerful shot that the Pole beat away.

With Mina impressively marshalling their chief threat, Michail Antonio, the hosts were effectively shut down in the first half but they should have levelled six minutes before the break when Said Benrahma arrived unmarked at the back post to meet Pablo Fornals' cross but, thankfully, he steered his header off target.

Everton's offensive production waned in the second half as they increasingly dropped off to contain West Ham's search for an equaliser, one that almost came to fruition with an hour gone when Vladimir Coufal's side-foot shot searching out the far corner came back off the post with Jordan Pickford beaten.

That would be as close as the Hammers would come, though, with Pickford not otherwise troubled during the 90 minutes. Seamus Coleman was denied by an excellent saving tackle by Jesse Lingard and Josh King came within an inch or so of notching his first Everton goal when he rose to meet Calvert-Lewin's chip but his header hit the post and bounced across goal to Fabianski.

With men pulled behind the ball, the Blues successfully frustrated Moyes's side in the final few minutes and comfortably held out for an 11th away win that moves them to within three points of the Hammers with a game in hand.