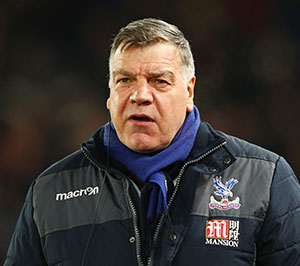 Updated Sam Allardyce is to be announced as Everton's next manager after the club confirmed he has agreed terms.

The 63-year-old re-emerged as the front-runner to replace Ronald Koeman as the Blues' next full-time boss following two awful results, against Atalanta in the Europa League and Southampton in the Premier League, which increased the urgency in the Boardroom to get a new boss in as quickly as possible.

Multiple media outlets, including Sky Sports, the BBC, The Guardian and The Times claimed last night that the club had turned to Allardyce who has built a reputation for rescuing teams from relegation.

And, after important news was again broken by Jim White, Everton took the unusual step of issuing a brief statement saying that Allardyce will travel to USM Finch Farm this afternoon to finalise his deal.

White passed on another message from major shareholder Farhad Moshiri that read:

"I really want to give [Allardyce] the support he needs. He can go as far as he wants.

“We need a strong leader, he gives us that.”

Stand-in manager David Unsworth is to take charge of this evening's match against West Ham United, his last task in charge of first-team affairs before Allardyce takes over.

Allardyce is reported to have negotiated an 18-month deal on an annual salary of almost £6m a year and could elect to go where Koeman dared not by bringing ex-Liverpool player Sammy Lee in as his assistant.

Craig Shakespeare, fired earlier this season as Leicester City's manager, is also believed to be joining the backroom staff.