‘Rags’: The Life of Cuthbert Tatters 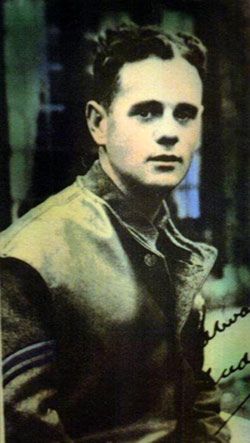 Few footballers’ names are more evocative of bygone times in the Goodison lexicon than Cuthbert Tatters.

Cuthbert was born in County Durham, on 4th January 1915 and grew up on Sunderland Street in Easington. This was coal mining country and Cuthbert’s father, James, worked at Wheatley Hill Colliery. Cuthbert followed the same path, employed as a pit boy there. On the football field, he played for Shotton Schoolboys, gaining county honours in 1929. He also turned out for Wheatley Hill Juniors. A photo also appears to show him, as a boy, wearing the stripes of Sunderland. Away from football, Cuthbert, an accomplished pianist, provided the musical accompaniment to silent movies in his local cinema.

In 1932, this diminutive inside-forward (5’-5” in height), starring for Spennymoor United in the North Eastern League, came to the attention of West Ham United who were reportedly offering him a trial. Records confirm that Cuthbert did move south, to the London area, but it appears that he did not make the grade with West Ham. By 1939 he was employed as a senior nurse in St Ebba’s Hospital (also known as Ewell Mental Hospital), living at 45 Green Lanes in Epsom, with his wife, Olive. Playing district football, a newspaper report from 1939 suggested that Spurs, West Ham and Crystal Palace were interested in signing him... his age erroneously was given as 21, rather than 24 (an error that was repeated in subsequent years – perhaps Cuthbert was happy to shave a few years off, in the hope of attracting football suitors). 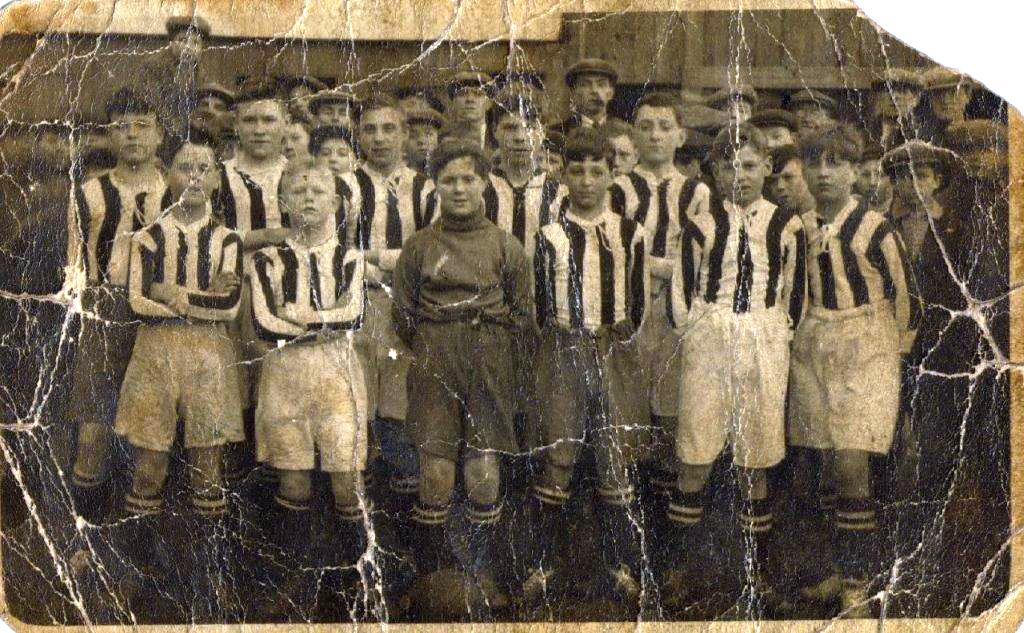 War put paid to hopes of securing a professional footballing contract and Cuthbert was called up in 1940 with the RAF, serving as a medical officer (Corporal) attached to construction teams on the building and repair of military airfields. The work took him to various parts of Britain, plus France, Germany and Australia (based with RAF Transport Command at South Yarra) as the war progressed.

For a period in 1943 and early 1944 Cuthbert was based at Broughton, Lancashire, and crossed paths with Tommy (TG) Jones – the classy Everton and Wales centre-half whose RAF service was as a Physical Training Instructor. With a New Year’s Day fixture against Chester at Goodison Park looming, and question marks about the availability of some regular Everton players, Tommy asked Cuthbert along ‘just in case’. Sure enough, Cuthbert was required and lined up at outside-right in an Everton team comprising: Burnett, Jackson, Greenhalgh, Grant, T.G. Jones (captain), Watson, Tatters (amateur), Wainwright, Boothway (Manchester City), Stevenson, and McIntosh (Preston).

Cuthbert started brightly – his volley from a McIntosh Centre was turned around the post by Scales, the Chester custodian. Later in the first half it was reported: ‘Tatters responded well to a call by Wainwright to cut in, and let go an excellent shot which Scales pushed over the top’.

Of the debutant, Pilot, of the Liverpool Evening Express, wrote: ‘Tatters was certainly making an impression and how he came across field to open up the way for McIntosh, but offside spoiled a fine movement. Tatters trickled Astbury and then Tagg in delightful style’.

The match was a personal triumph for Alex Stevenson who scored four in a 7-0 victory. The Irishman could have had more had be converted two through balls from Cuthbert. However, his through-pass to Boothway did result in the sixth goal.

Ranger, in the Daily Post summarised the debutant’s contribution:

‘Stevenson, who delighted with his amazing ball control, was the star of the day, and McIntosh and Tatters were excellent on the wings. Tatters is 23-years-old RAF amateur who has played occasionally for Spennymoor United and Durham. He was brought to Goodison on Saturday by TG Jones in case of emergency, and quickly distinguished himself by his speed, dribbling and canny positioning.’

After this dream Toffees debut, Cuthbert was unavailable for the next fixture but returned to the Everton team for the Merseyside derby on 22 January. The result was a surprise win for the Blues but it came at considerable personal cost to Cuthbert. The Blues had already had to shuffle the pack when Norman Greenhalgh was declared unfit shortly before kick-off – having fallen into a car pit at work and injured his leg. Cuthbert took his place at inside-left alongside Tommy Lawton and Jimmy McIntosh. Almost from the first whistle, Cuthbert was reported to have ‘dribbled his way through the Liverpool defence but his final pass was smothered out.’ One match reporter wrote:

‘One of the surprises of the game thus far was Tatters, who played like a veteran even to the point of ordering his colleagues what to do.’

On the half-hour mark, immediately after Eddie Wainwright put Everton two goals to the good, Cuthbert left the field nursing an ankle injury. He returned to the fray for the second half, limping badly on the left wing, little more than a passenger. It was subsequently confirmed that Cuthbert had suffered a broken ankle which would be in plaster for 6 weeks. The injury – and the fact that Tatter’s had to play on with it, upset TG Jones (who would suffer an ankle injury, himself, against Liverpool, later in the season). In a display of goodwill, not always associated with the Everton Board, the minutes note that he would be ‘offered a professional engagement, should he be prepared to accept same.’ True to the Board’s word, just prior to the commencement of full peacetime domestic football, Everton offered Cuthbert - by now fully recovered from the ankle injury - terms of £5 per week for the 1946/47 season. He duly sought a transfer from his Surrey hospital work place to the Preston area, under the auspices of the Lancashire Mental Hospitals Board. However it appears that said board was less than enthusiastic about having Cuthbert split his time between football and nursing. It wrote:

There are certain difficulties which would arise from your transfer to a Lancashire Mental Hospital and accepting a professional engagement with Everton Football Club. I have written fully on the matter to Mr Theo Kelly, the Everton Club Secretary, from whom you will, no doubt, be hearing.

Deputy Clerk of the Board

The Everton board minutes record that the club gave up on the protracted negotiations, four months later. One can imagine how frustrated Cuthbert must have felt to see his last chance of becoming a fully-fledged professional footballer (at 31 years of age) crushed. 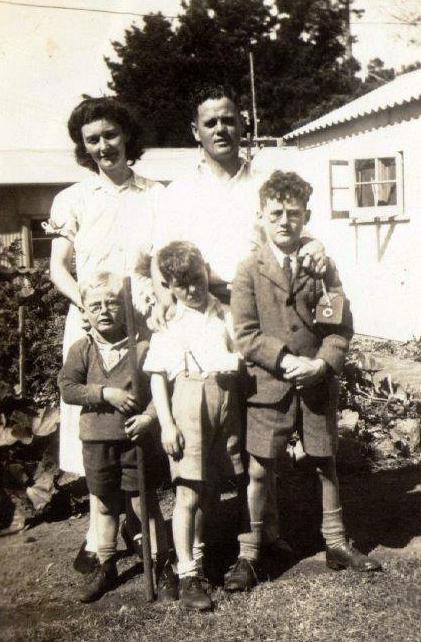 The Tatter family shortly after arriving in Australia, late 1940s

Almost exactly two years later, on 3rd September 1948, Cuthbert boarded a ship called Ormonde at Tilbury docks, bound for Melbourne, Australia. The seeds of the move had been sown when Cuthbert was based in Australia during his wartime service. Cuthbert’s son, John, recalls: ‘I do remember when Dad arrived home from the war. His words to Mum were: “We are going to Australia.“ He called us three boys (myself, James and Richard) together and explained to us that Australia was the best country to live in. He showed us a book picturing pineapples growing.’

On the ship’s manifest for the long voyage, Cuthbert’s occupation was listed as a ‘carpenter’s assistant’ - probably a slight bending of the truth in order to satisfy Australian immigration requirements. He was joined by Olive and their three sons (a fourth, Howard, was born in Australia).

John Tatters recalls the family’s first experiences in Australia: ‘When we arrived in Melbourne we were in the immigration huts for approximately two weeks. Then our Australian sponsor came and, in his beautiful new Chevy, he drove us to Portland, Victoria. Dad worked for this wonderful man, Mr Harris, who was very kind to us.’

In February 1949 Cuthbert accepted terms of £3 per week to become player coach of Caledonian Soccer Football Club, based in Brisbane, Queensland. The deal almost fell through due to a shortage of accommodation in the Brisbane area but the family did, in time, all settle there. The Telegraph newspaper headline was a pun on the Tatters name: ‘Rags Tatters Arrives’. The name, Rags, stuck from thereon in and very few people in Australian football circles knew that his real name was Cuthbert. He got Caledonian promoted to the state’s top division. Spells followed at Oxley United, Newmarket Postal Institute and Hollandia. At various points, Cuthbert was the Australian Under-23 Coach, an Australian national team selector and Vice President Australian Federation of Coaches. 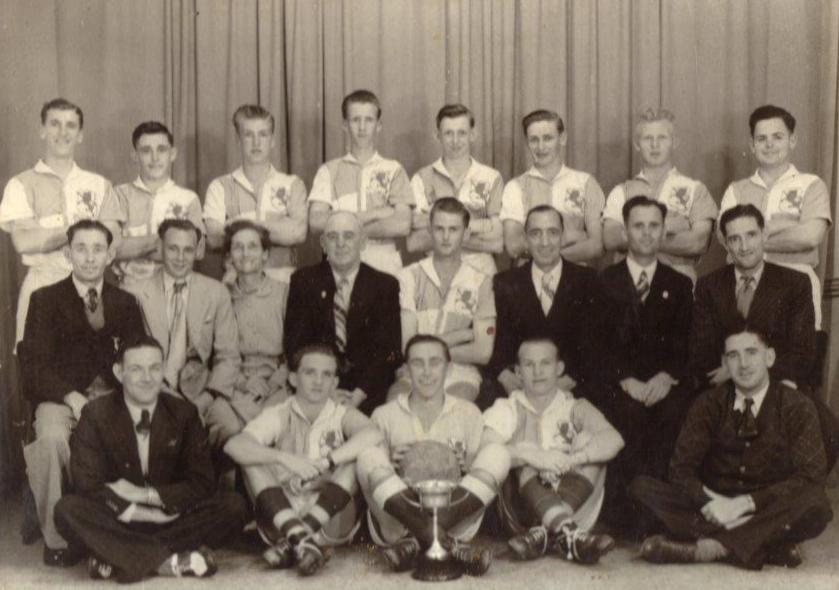 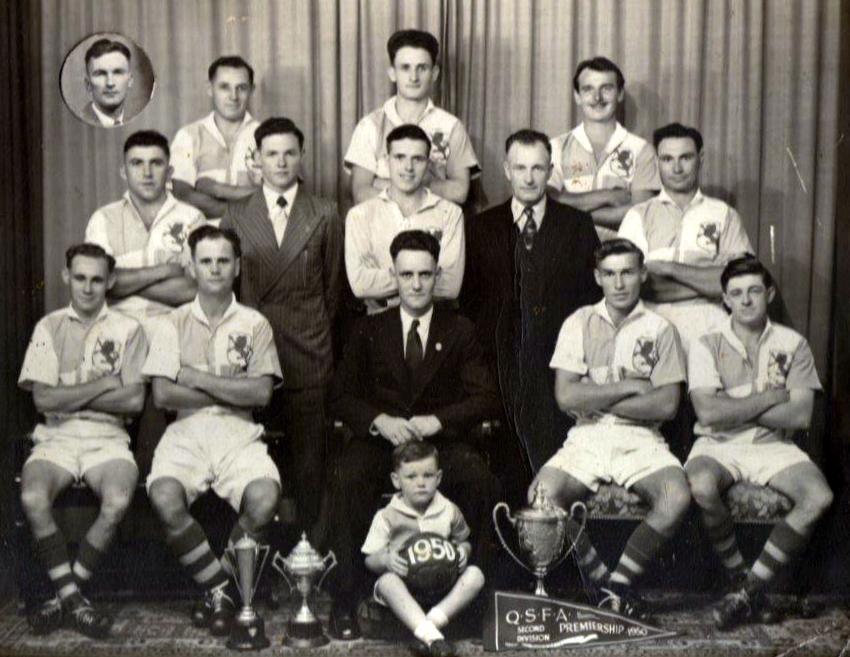 In 1967, he was appointed as State Coach for Queensland - and was in the hot seat when Manchester United played them on their Australian tour. The following year he was appointed as a Master Coach by the Australian Federation of Soccer Coaches. He delivered 10-week soccer training courses to Queensland University Physical Education students. He told the Courier Mail: ‘At first the students were more interested in Rugby, but after a few weeks they began to understand the skills of Soccer and finished the course, last week, thoroughly enjoying it.’ He was not forgotten by some contemporaries from his playing days in England. Stanley Mathews - with whom he had played in the RAF side - visited his house when touring Australia. In April 1969 Cuthbert stepped down from his football positions to focus on his successful contract cleaning business (which remains in the family to this day). 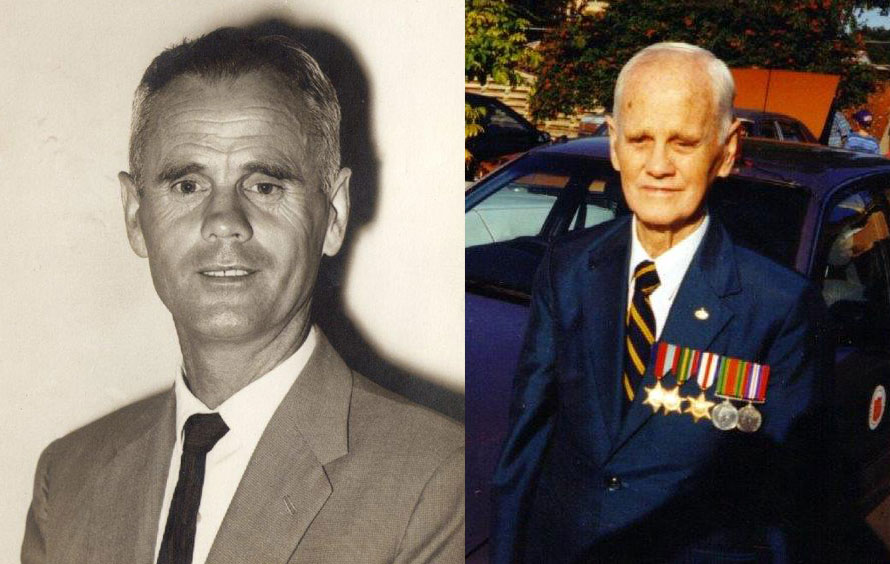 Cuthbert passed away on 4 June 2001 having battled bowel ischemia. He was always grateful to Tommy Jones, who he considered to be a wonderful player, for the opportunity he gave him at Everton – a club he was proud to represent, albeit all too briefly.