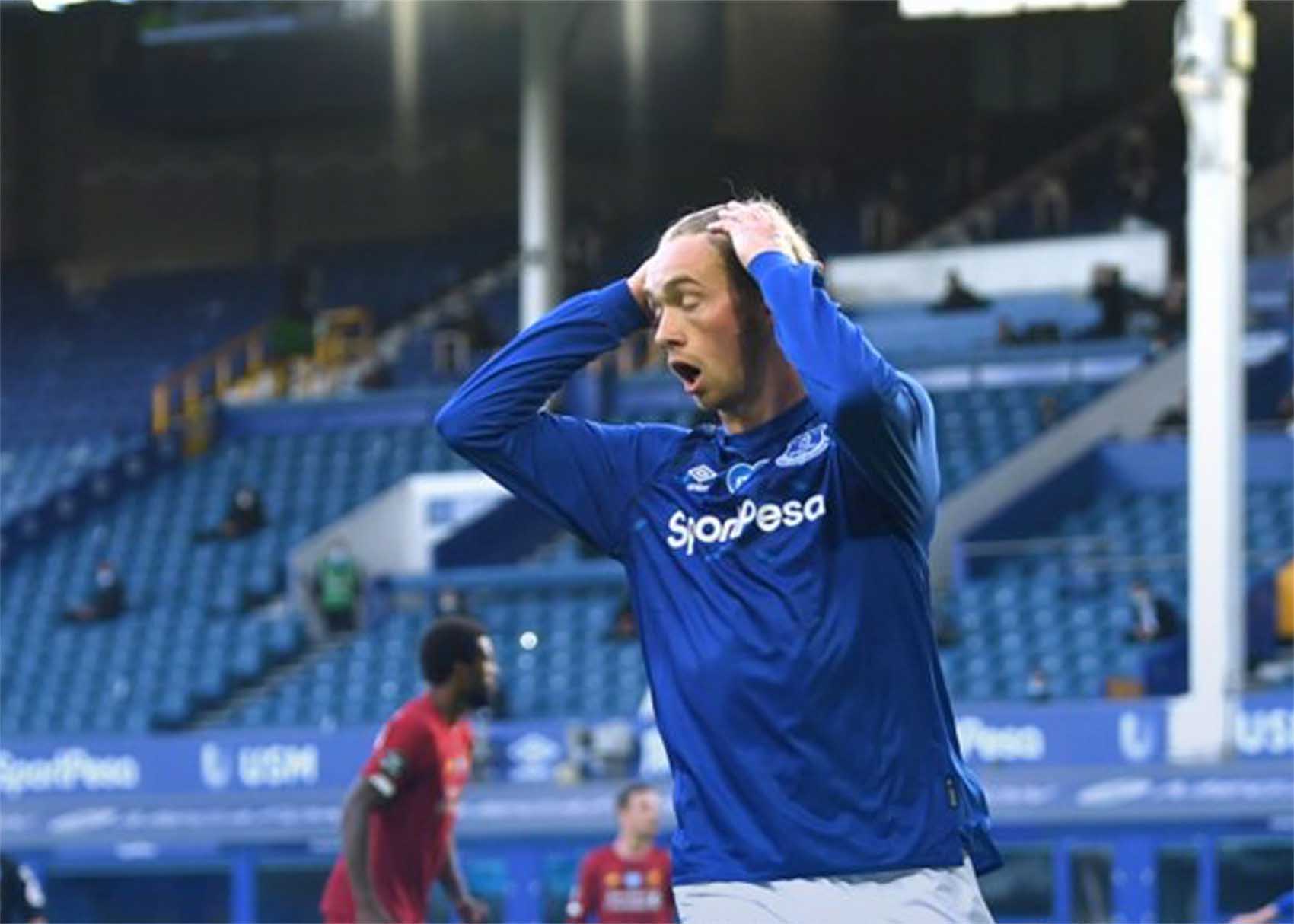 The Goodison derby ended goalless for the third season in succession as Everton and Liverpool largely cancelled each other out in a dull affair inside an empty stadium.

The Blues were disappointingly toothless for much of the match, unable to establish much fluidity in midfield but when they did come to life late on, they came within inches of claiming a rare victory over their local rivals when Tom Davies's shot came back off the post.

Everton had successfully kept the reds at bay at one end before finally finding an extra level at the other in the final 10 minutes, not least when Richarlison burst down the left and crossed for Dominic Calvert-Lewin. His heel flick was pushed into Davies's path by Alisson Becker but the midfielder's shot took a crucial deflection off Joe Gomez's out-stretched foot and bounced off the woodwork instead of creeping inside the far post.

Richarlison would force another save from the Brazilian goalkeeper a couple of minutes later when he might have been better teeing up Alex Iwobi before Jordan Pickford tipped a stoppage-time free-kick from Fabinho over the crossbar to ensure it finished all square.

What felt for long stretches like a pre-season friendly rarely raised the pulse in the first period. Richarlison had an early chance for the Blues when he prompted Alisson to palm his effort wide of goal but it was Liverpool who would carry the greater threat for the next hour or so.

Joel Matip nodded a decent chance wide from a free-kick with half an hour gone, Roberto Firmino dragged a shot wide four minutes later and Takumi Minamino was denied by an excellent Mason Holgate block on the stroke of half-time.

No changes from Carlo Ancelotti until Gylfi Sigurdsson replaced the willing but stymied young full debutant, Anthony Gordon, meant that the pattern of play from Everton in the first half continued into the second until Richarlison was sent away down the channel by Calvert-Lewin's fabulous ball.

The Brazil international slashed at his shot, however, and sliced it high into the stands.

Calvert-Lewin went close with a diving header from the corner that followed Davies's chance that came off the post but despite the late introduction of Bernard, the Blues couldn't find the attacking impetus to grab a winner.